Spring Design Alex, the long awaited e-reader is finally hitting the shelves at the end of the next month. The reader was on display at CES 2010 and confirmed the release date and price. The alex is a dual screen reader with one colored and one monochrome screen just like the Nook e reader. The reader will offer to read web articles, Google books and Wikipedia entry and comes with a touch screen capability. 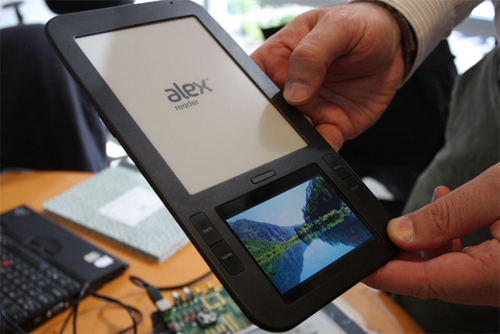 The Android based e reader named Alex will get released on February 22, 2010 with a price tag of $399. This price makes it $150 expensive than the strong competitor Nook e-reader. However we hope that it’s better than the Nook’s reader. 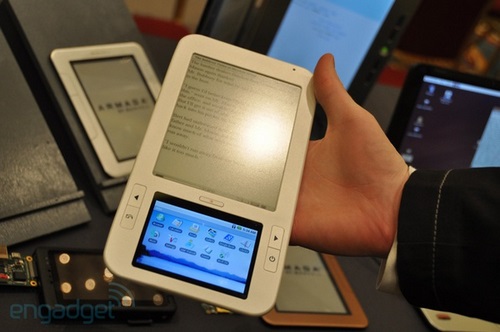 Spring Design have indeed managed to put a decent reader in the market. Only after the release we’ll be sure how much market it captures. For now we know it’s expensive but looks neat.