Sony to release the S1 and S2 Android tabs this fall

Sony has announced that it will release 2 Android 3.0 powered tablets this fall.Interestingly, both these tablets have a unique form factor. 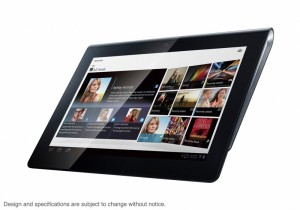 The S1 has a 9.4 inch capacitive touchscreen display and resembles a folded magazine according to Engadget as it has a wedge-shaped edge. It will feature dual cameras (one on either side) and will even be able to function as a remote control for most if not all Sony electronics around your home/office.This is made possible by an integrated IR port.The S1 can be expected to be Sony’s rival to the iPad 2. 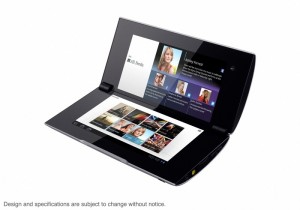 The S2 is even more unique,it features Dual touch screens in a clamshell design.A pair of 5.5 inch displays will hopefully function well when it comes to e-reading.The second display might also come handy when used as a keyboard in conjunction with the other screen. 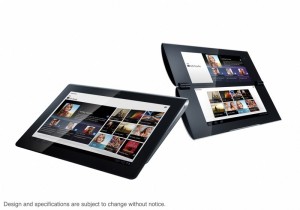 Both the S1 and S2 come with Wi-Fi and 3G/4G and will even be Playstation Certified which means they’ll get downloadable Playstation content just like the Sony Ericsson Xperia Play.The devices are expected to be launched globally this fall, although pricing isn’t confirmed yet but according to rumors the S1 will retail for about $599 and the S2 for $ 699.The prices seem to be significantly higher than those offered by other tablet manufacturers including ASUS, HTC, RIM and even Apple.