Presenting the Sony NEX5-r, announced recently in the IFA it directly replaces its predecessor NEX5N. The NEX 5-R retains most of the features from the NEX 5N which boosted the picture resolution. Now, the 5R has pumped up the previous specifications, and introduced advanced 16.1 million pixel resolution with a first from Sony – Wi-Fi connectivity and apps which have to be downloaded. These are the two new attractive features for the NEX 5R, let’s take a deeper look at what the NEX 5R has in store for us.

The NEX 5R like its predecessor is a mirror less camera, meaning that it has a un-mountable and changeable lens kits and does not have a mirror based optical lens finder, the one you use to focus on pictures. Overall looks and styling is adapted from the original camera into the 5R but there are a few changes. For one, Sony has introduced a physical jog dial button so you could easily play with the settings. Along with that camera’s auto focus has been improved – with Hybrid auto focus which combines the contrast-detect and phase detect  phases into one for better focus and picture quality. 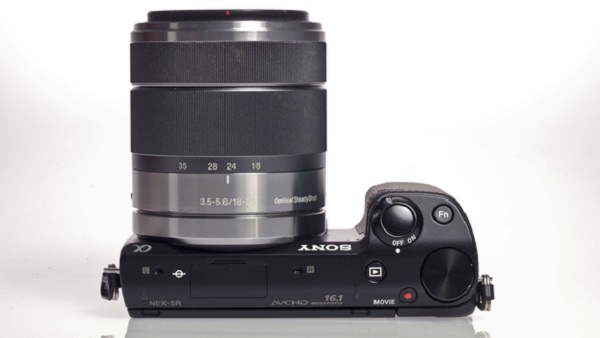 Over all, the quality is spot on. This is left unchanged from the 5N which was also very sturdy and durable. Following its footsteps the 5R continues to provide innovation to users. For the very first time Sony has introduced Wi-Fi in their camera range to provide instant sharing. Samsung should take a note from Sony here, OS wasn’t really required it was just the connectivity option that users were craving for. Instead Samsung went full on Android OS into their point and shoot camera (just a thought). 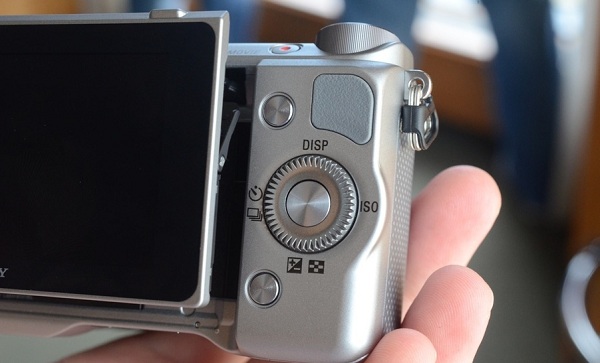 Along with Wi-Fi connectivity, Sony NEX will also introduce app functionality. Wi-Fi will give you the ability to connect to Sony’s PlayMemories, which itself is quite a mature store featuring Apps from both android and iOS stores. This will add to the delight of users and the options presented to them. Sony also promises to add camera apps, which will be bits of applications designed to improve the features and functionality of the camera. Announced in the recent IFA, the NEX has already generated a-lot of buzz and expected to deliver to its specifications. Speaking of which, we should now look into deeper specifications of the device. 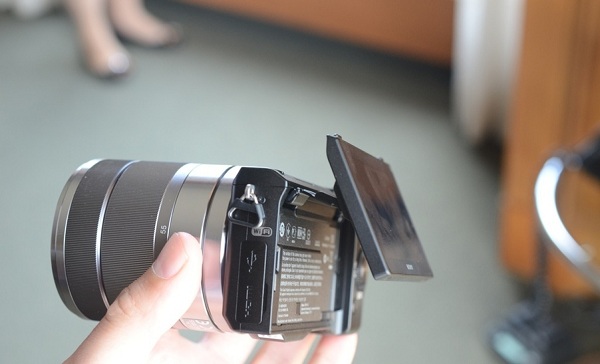 The camera is fairly evolutionary, along with tiltable touch screen which gives the freedom to tap to focus and tap to shoot are there as well. 1080p videos can be shot through this camera at an impressive 60 fps frame rate, while the features are great and competing with DSLR we can’t say for sure if it will give them a solid challenge.

The NEX 5R will be available to  purchase in October at a price tag of $650 without the lens kit, for the lense kit you will have to pay $100 more for 18-55 mm lens. The light weight of the camera and its portability gives it an edge over the DSLR range, but again – we will have to see what sort of results it produces in the end.