DSLR Cams being the hot topic and a primary gadget that everyone wants these days, Sony has decided to launch a cam “A 3000”that “looks and feels” like DSLR, giving the best performance and image quality with a price tag of an entry-level compact ILC $399.  The new reveal has 3.5 fps consecutive shooting mode, and it can snap 1080/24p video clips with an autofocus facility and plethora of new features. Sony officials tout that the new launch is made keeping in view the demands of the users and trend of having something “look likes” high profile cams and the new A 3000 is having much of the similarities with  NEX-3N, featuring a 20.1-megapixel APS-C sensor and E-mount lens. 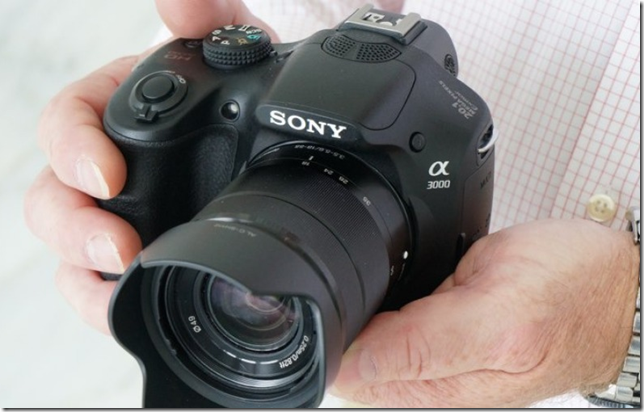 There is  a 0.5-inch color viewfinder a fixed LCD of 230k-dot 3-inch Sony’s typical NEX user interface for adjusting capture and WiFi settings. The camera also has a lens for focusing the pictures for increased quality. Sony has also planned to reveal its much awaited three new E-mount lenses, including a very nice 16-70mm f/4 fixed-aperture optic that is going to hit the market this month any time with a tag of $999. Lens with  a black version of last year’s 50mm f/1.8 is also planned that’ll ship this month for $299. Stay tuned as there is much activity happening in the Sony’s pond of visual gadgets and cams.