Sensus iPhone case adds capacitive panels to the back of iPhone

Apple devices are fairly known for their gaming capabilities due to its impressive hardware and slick performance. The issue arises at the screen, although brilliant but once you put your fingers on the screen it gets cramped up and you can barely see what the game is about. There are several alternatives to that, you could either connect and external wireless joystick or you could use the motion sensing option, if neither fits your need than you could use the Sensus iPhone case. 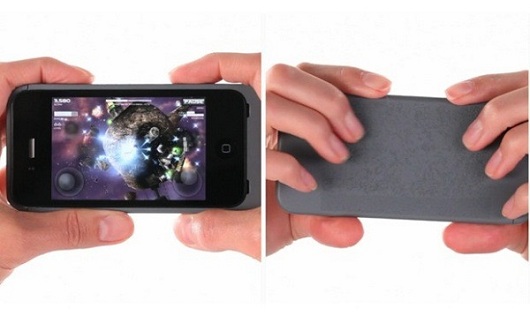 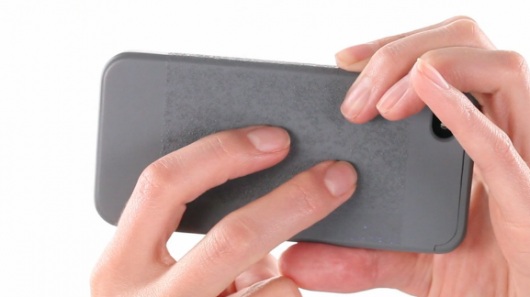 Mimicking the touch sensitive panels that are found on the back of PS vita, the Sensus iPhone case offers the same functions and lets you interact using the case without cramping up the screen. The case features capacitive sensors on the back and along the sides except the left hand side to hold the device. Some people do not agree with the design, they ask what is the point of having another touch panel? Well, let us ask you the simple way, do you like smudgy screens? Or, do you prefer to have your screen blocked by fingers while playing a game?

“Until now, the touchscreen has been the only input for iPhone. Controls have been limited to your fingers interacting with the screen, or mediocre, external generic bluetooth devices that are bulky and inconvenient. With Sensus, games now have more variables for controls. Not only will Sensus enhance existing games, but also create a whole new genre for game interactions. Sensus is the game changer.”

So, for you money you are getting extended controls, all in all while providing protection to your device as well. The thing that bothers me the most is that people applauded when the concept of dual screens came out, meanwhile when the case is providing the same functionality, it is being criticized. Whatever might be the case, the concept is great and I for one would love to use it, but for that I would have to wait. While you can book a case for yourself it won’t be available till 2013. You can sign up for in advance here.