Samsung planning to launch two new devices as reveled in the court as Apple-Samsung war continues. The two phones will boast new mobile operating system by Microsoft i.e. Windows phone 8. These two will be the first phones to feature WP8. 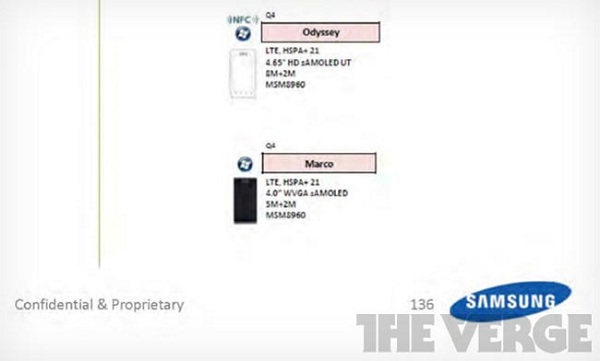 According to the source, both will feature dual-core MSM8960 chipset. NFC on both devices has also been rumored as well as LTE. Odyssey will be the higher end model featuring a rear 8Mp camera while sporting a 2Mp front camera with a 4.65” super AMOLED screen, while the macro will be the lower end model with 5Mp rear camera and 1.3Mp front camera for video calling with a 4” Super AMOLED 800 x 480 pixel screen.