Samsung declared and open media war against Apple as soon as iPhone 5 officially gets released, claiming that Apple is using Samsung’s patents. The war is not just limited to legal war as Samsung is taking it to all new frontier Media war as well. We are all aware of the video Samsung launched when iPhone 4s was released along with Galaxy S2, well this time story is the same, to get a better picture, let’s have a look at the specifications of both the phones first. 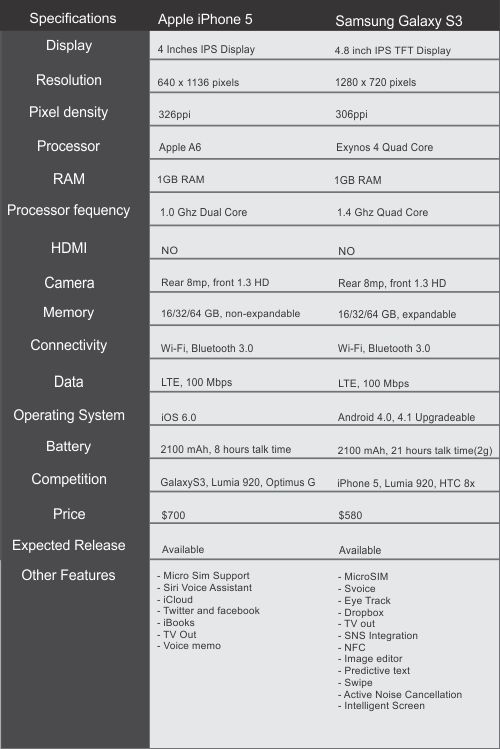 Samsung has indeed made something to brag about and lack of new features from Apple sets up the perfect competitive environment. To start it off, Samsung launched a series of advertisement, and they are not shy at all. Mocking Apple by releasing a comparison picture dubbing it “It doesn’t take a genius”. 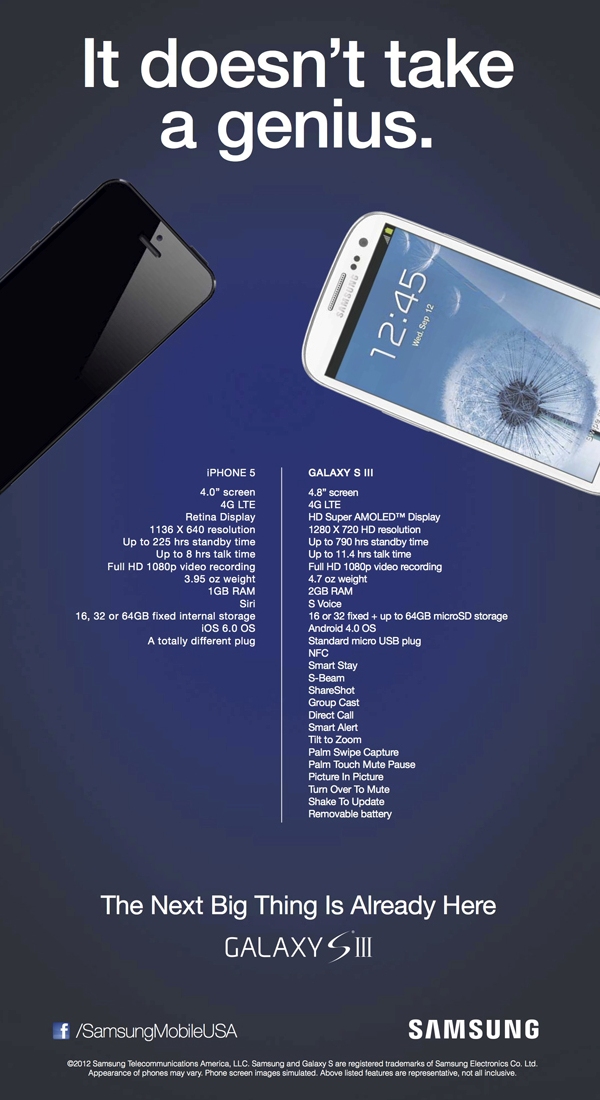 We are not sure if this is really necessary:

Here is another one, which is like the one Samsung launched last year when iPhone 4s was released along with Samsung galaxy SII.

We love stiff competition and it’s definitely not a bad thing, we haven’t seen this since original rivalry between Samsung and Sony. Although iPhone 5 sold monumental 2 million devices, Samsung might still edge ahead with Galaxy S III. Is the Apple trend over? Share your views about this in the comments section below.