The race for producing the tech wrist watches seems to be gaining a hot noss as another computing giant in the market, Samsung has announced that it is going to release its smart watch called “Galaxy Gear” in September this year. The users will be able to play video games, share data across multiple social media platforms, store photos on the cloud etc. As iWatch of Apple is much anticipated in the market next year, Samsung is on the go to grab any opportunity to undo the competitive advantage for any tech pundit of its standard.  There will be grand media event from Samsung to announce the revealing of Galaxy Gear. This initiative has not been perceived as a news though by the experts as Samsung released its first watch phone in 1999 but closed the project due to its failure. 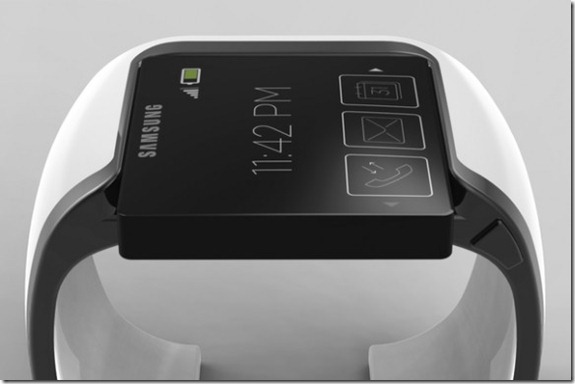 The Samsung’s  Galaxy Gear smart watch  would not be the first watch phone on the market. Since the dramatic boost in the wearable computers, the companies have been trying to win the market and produce something that can easily provide the computing services at hands of the users. For example Sony has recently introduced a second-generation version of its smart watch, a gadget that works in with smart phone and can be kept in the user’s pocket. Other smart devices, watches  like the Pebble Watch and the I’m Watch have also been sold for some time. Apple is also said to be working on its own wrist-worn wearable device and its time for Samsung to have some boost in the modern handy computing gadgets canvas.