Samsung took charge at IFA and announced three tablets boasting windows 8, these tablets are first to be announced officially by Samsung which will be running the new OS by Microsoft. The devices are the 10.1” ATIV Tab, the 11.6” ATIV Smart PC and the ATIV Smart PC pro. The tablet i.e. ATIV tab will be a basic one and the Smart PC’s will feature detachable keyboard like the ones on ASUS transformer series.

On first impressions the devices look clean and well structured, just the one button on the homescreen can be found – remaining controls can be found on either side of the tablet. Another feature that these tablets adopt is the S-pen which we have seen in the Note series. Let’s start with the tablets one by one.

Starting off with the 10.1” tablet, it runs the same processor as the ATIC-S smartphone i.e. the dual core krait processor, however it boast 2GB RAM – same connectivity options with an added HDMI can be found on the device. The resolution is quite impressive as well, 1366 x 769 to be exact.  The ATIV tab will feature Bluetooth 4.0, Wi-Fi connectivity and will come in 32 and 64GB models both offering expandable memory as well. 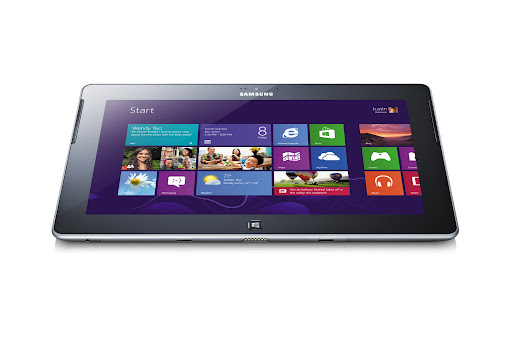 As far as camera goes, rear camera will be a 5mp shooter while the front facing camera for video calling will have 1.9 megapixel resolutions. Overall the specifications look good enough for it to last long in the market.

Next up the tablet which will feature a detachable keyboard is a 11.6” tablet, not far from 10.1 but still makes a difference. The major difference between the PC and PRO is the screen resolution, while the Smart PC carries the same screen specifications of the ATIV Tab, the smart pc pro on the other hand will have a Full HD resolution. Smart pc will have 2GB RAM and 128 GB SSD hard disk, the processor information hasn’t been disclosed yet. 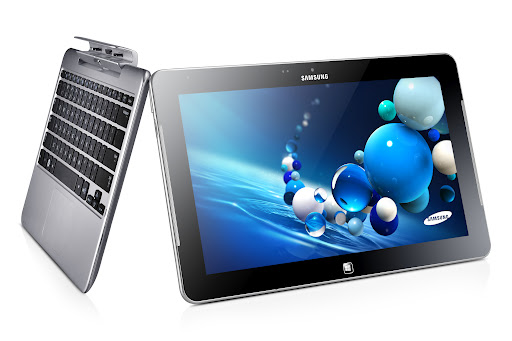 The smart PC pro on the other hand is going to be a monster, the screen was just the start – it will have 4GB of RAM, 256 GB SSD memory and finally Intel core i-5 processor. The added dock will give both tablets extra two USB connectivity ports, and hence option to attach more memory.

All in all, Samsung really did take a charge in the IFA, and the devices they announced are beautiful. Pricing strategy is unknown and availability is vague as well, but we are assuming that they will be available by November; all we can do is wait for these monstrous gadgets.