Samsung started off their week by announcing their 840 and 840 Pro SSDs, an upgrade to their existing 830 series. The new drive (PRO) takes on the corsair neutron GTX as they both use the same type of flash memory. The drives feature updated MDX controller which originate from ARM Cortex R-4 cores clocked at 300 MHz, giving them blazing speeds and full AES-256 encryption.

The drives feature the same design and form as its predecessors, being 7mm thick and sharing the 2.5” form factor, infact the same outer look as well. Connections support SATA 3 while being adaptable to older versions as well. The packaging is a little disappointing though as it does not offer drive bay connector (used to fit in 3.5” casing for desktops) or even a USB to SATA converter. 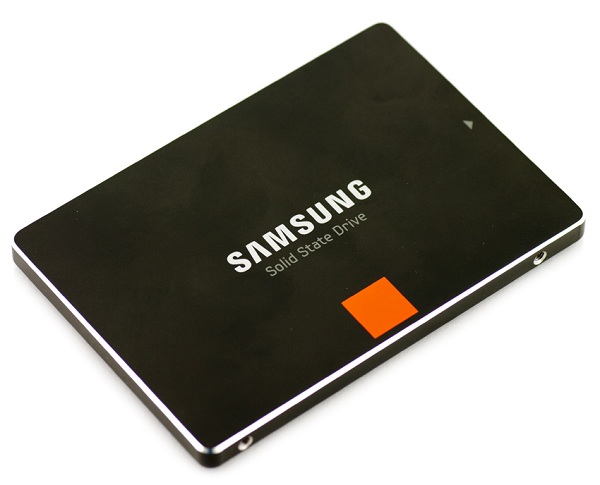 Undoubtedly the most important part when choosing an SSD is its performance, Samsung’s new drives give Corsair GTX a tough challenge and staggeringly they beat every other SSD in the range. According to Samsung, the sequential read performance has jumped from 520 MB/s to 540 MB/s and the writing speeds have increased significantly from the 830 which are now at 520 MB/s from 400 MB/s. Input Output Operations per second has improved which are now at 98,000 from 70,000 at read and 80,000 from 36,000 writing operations. 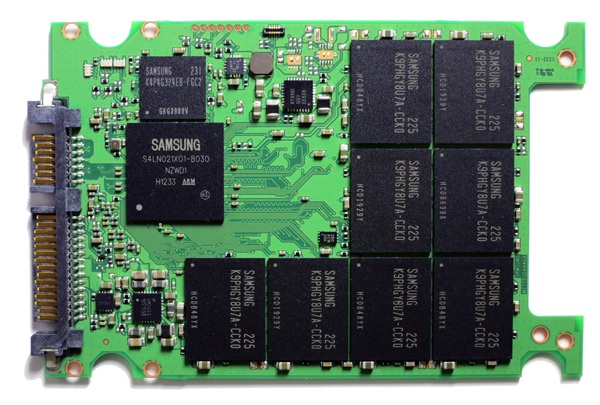 Despite the massive increase in read and write speeds the drives consume much less power at 0.068 watts (active power consumption) and 0.042 watts Idle which is a massive improvement from 830’s 0.24 watts active and 0.12 watts idle all thanks to Samsung new controller and new Firmware.

Considering that the 840 series is new, the prices are relatively higher than those of 830/ the 256 GB costs $270 compared to $200 for 830 series. Although slightly expensive than 830 (35%) the drives are still cheaper than competition landing in at $1.10 per gigabyte. Since the drives are new and set to launch in October (According to Samsung) the prices will go down with time. 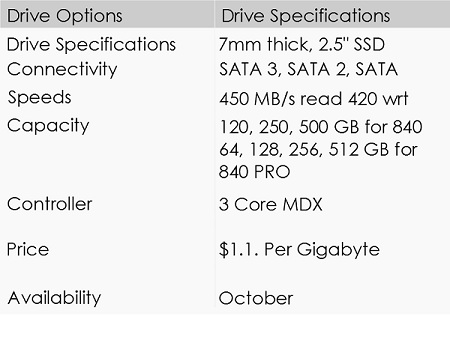