RIM plans to make an impact with Blackberry OS 10

Blackberry OS was once a popular choice among mobile platforms but Android and iOS shunned it long ago and are currently ruling the mobile software industry. RIM tried to revive the dying Blackberry OS with OS 7 but that too failed to make an impact and along with that the updated playbook did not receive any praise either. RIM has decided to give the OS another shot with Blackberry 10, which is due launch next year.

Blackberry plans to give the OS a complete overhaul as they intend to revamp their lineup with “all touch” phones. The information revealed is sketchy but we can deduce a few aspects of the upcoming OS. 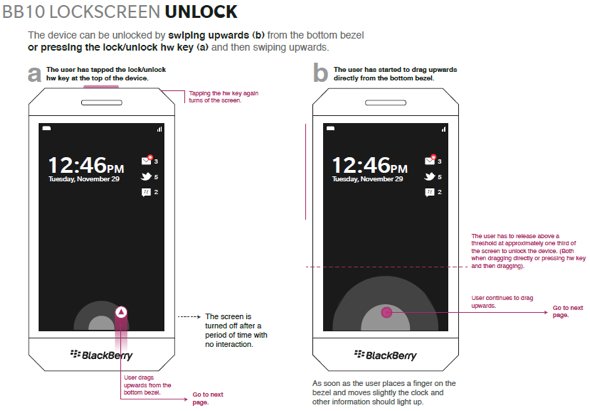 The above picture reveals how the screen unlock will work; you can either swipe from the bezel upwards or use the hardware button and then swipe upwards.  On September 25th, blackberry took the stage to address the developers stating “Don’t forget us” and revealed new features; one of them is the all new multi-tasking feature. You can swipe the screen to pull up a small hub of your apps, also previewed was a new Balance feature, which separates work from play on the device. There are two separate browsers, so you can keep your work searches separate from your personal ones. 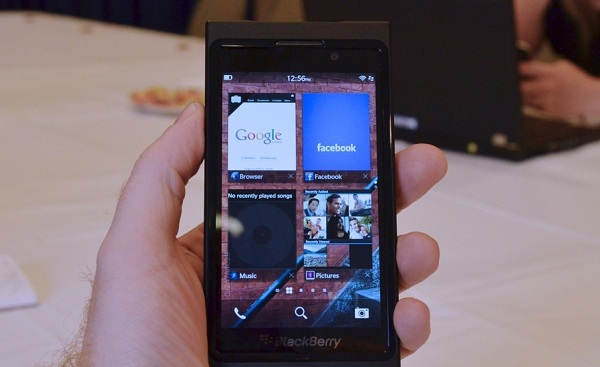 Another thing blackberry is focusing on is the touch keyboard, text prediction enables as soon as you type the first alphabet. RIM also aims to bring back the “One hand use” with their new interface called “Flow”, you can move through apps and system through swipe gestures. Flow is somewhat like android multitasking, you can see all of your running apps and switch between them by swiping across the screen. On the home screen there is space for what Blackberry calls the “Active frames” which essentially are like Windows7-8 tiles, these however are not the Icons, the tiles are minimized entities of currently running applications. Standard application icons like you might see on an iOS or Android device are located on another screen. You can switch between “personal” and “work” modes to display different icon layouts and use different security settings—applications from your business can run in the more locked-down “work” mode alongside user-installed “personal” applications. 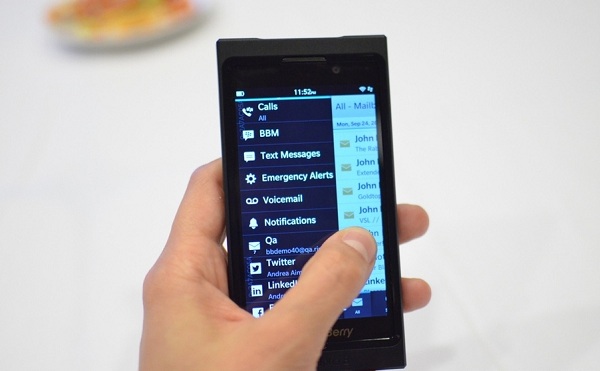 RIM continues to look over the left out Business segment in the mobile platform, the new calendar feature that includes “Day, week, month, people” view will feature a “timeline” sort of all e-mails, messages and social information, which is a nice feature and it fits in well with those who are looking for a device with potential of being a social and business device. Another feature dubbed as blackberry “Hub” which will let you to handle e-mails and messages from several accounts from one central location, HUB also serves as notification center which lets you know of your urgent appointments, meetings or coming up events.

Finally the black berry app world, which will start selling music, movies and television shows that Apple app store and Google play store already provide, one thing that bothers us though is compatibility of Android apps, with previous OS, playbook was released with capabilities of running a few android applications.

Currently, Blackberry usage model seems gesture heavy, and there would be a lot of training required to “master” the operating system, although intended at touchscreen phones and the fact that the first devices to get BB10 will be touch screen devices, blackberry promises not to abandon the hardware QWERTY designs and suggests that they will follow after they release a few devices. The OS looks promising till now, application submission for the new OS will begin from 10th October, and Blackberry intends to release it in early 2013. 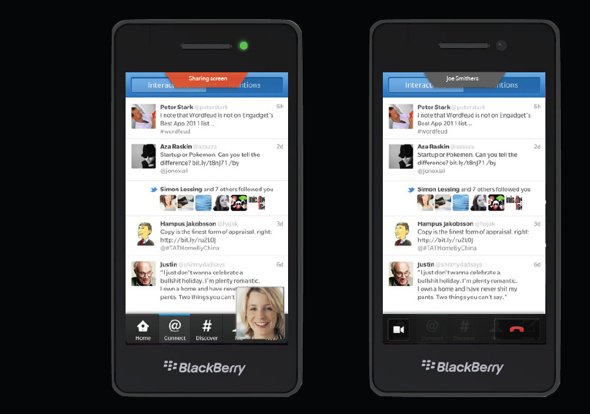 We would love to do a comparison between android, iOS, Windows phone, old blackberry OS and the blackberry 10, however, lack of details is standing in the way, we will follow it up with comparisons as soon as more detailed specifications are revealed, but we can leave you with highlighting features of the new OS.