RAGE coming to iPhone before PC, Xbox and PS3

RAGE, a first-person-shooter game by id software, is destined to release for all major platforms in September 2011. The game is shot in a post-apocalyptic world just like Fallout, Metro 2033 and Half-Life 2. The plot of the game is still under development but the little information revealed suggest that the game portrays the world after an asteroid impact. Moreover there will be car races and players may upgrade their vehicles using money they won in those races (typical). 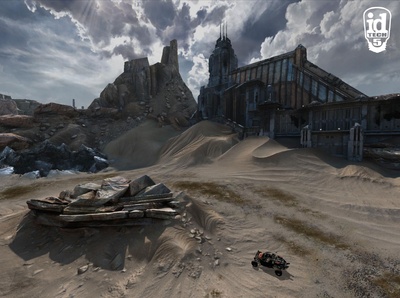 According John Carmack, co-founder of id software, the company has managed to develop a RAGE version that runs on the iPhone 4. This version will also be compatible with iPhone 3GS, iPad and runs even on 2G. The company will release the first version of RAGE for iOS this year while another, more detailed, version will be out along with its release for major platforms in September 2011. See the video demo below showing RAGE on iPhone 4 running at 60 fps: [iClarified]