One of the biggest issues I have faced with modern tablets and phones is lack of extended memory. Companies are now preferring on board memory rather than providing external options, this issue is faced on number of popular devices. The new nexus 4 for instance, brilliant phone, capable of doing anything, but you can’t really store large files on it. Same goes for the iPhone 5 and the iPad line up, great devices, but lack of expandable memory makes the deal bitter sweet. Yes, you can go for the higher memory option, but that will cost you dearly; On apple products for instance, you would have to pay up to $70 for next memory slot, and on Google, $50 is what you would have to spend to get a decent memory option. This seems a little bizarre considering the fact that NAND memory has finally hit $1 per GB mark, according to which 32GB iPhone 5 should cost only $16 more than the 16 GB variant, this issue seems to carry throughout the portable device world, what can we do? Patriot seems to have understood the need of expandable memory, and although not quite the extended option you would look for, but there is no better way than this. 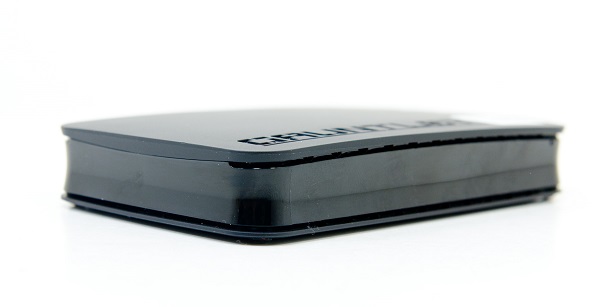 The patriot Gauntlet Node comes in the form of a casing, at $99, you get a casing, which supports Wi-Fi connectivity and encryption options that you could set up as well, WEP security for instance. Inside you will find a room for a 2.5” hard disk, if you have one laying around the house, fit it inside the case and you will get a functioning portable Wi-Fi enabled hard disk. If you would rather get the casing with Hard disk, Patriot would pamper you with a 320 GB hard disk and the casing at a reasonable $159, the disk would churn at 5400 rpm. The reason why it is great is that the drive supports NTFS and exFAT format, which means that the files will be accessible to your iOS and Android devices. The speeds aren’t shabby as well, as ANANDTECH reports, reading speeds can reach up to 20MB/s, that could easily transfer your music file in a blink. 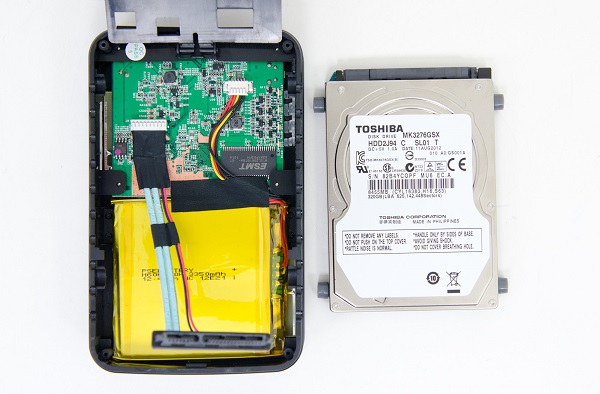 Continuing on the amazing features list is the battery, which is a 12.4Wh battery, now, you might think that it would be enough to get you through the day, but streaming 720p videos on two to three devices simultaneously will last you around 3 and a half hours, that is not bad, but considering the powerhouse it should have given a little more than that. Now, although you can transfer and retrieve files through the portable device, it is recommended that you carry a notebook and use the SATA USB 3.0 port transfer files, it will save you a lot of time as it can reach sequential speeds of around 84 MB/s read and write. Note that when you connect the drive to MAC or PC, it will disable the Wi-Fi.

You can access the drive using an App which is available on both android and iOS platforms, they are not quite as finished though as copying can be a little choppy and sometimes unreliable. It is a step in right direction though, if we cannot have external SD card options on the tablets and phones, we certainly should have an alternative. To sum up the gadget, it is useful, a little buggy, but great for daily use, and it is great value for money as well. One thing I forgot to mention is the charging option; you get a 10W charger to go with the device, which sadly takes a little longer to charge it up again.