Not long ago Palm released the Web OS 1.3.5 that promised a better battery life and performance. Just after two months of the release of Web OS 1.3.5, Palm has announced OS 1.4 for its devices. The latest OS has the native support to record, edit and share the videos. You can also upload the video you record on YouTube and Facebook. Users can also email or MMS their videos to friends and family. 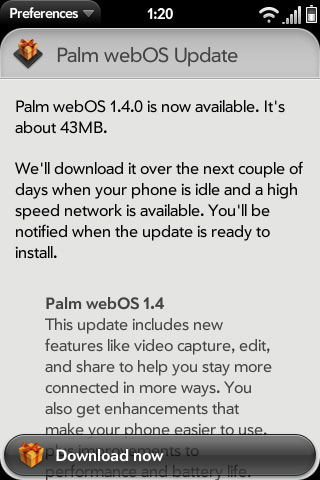 There are few other changes in the Web OS 1.4 but not worth mentioning. The OS 1.4.0 is about 43 MB and will automatically be downloaded to your phone.