We have always believed in OnLive to revolutionize the gaming industry which in fact they did. OnLive allows you to play all advance games on your computer without any graphics card or expensive hardware. OnLive gaming farms in the cloud do all the processing for you; saving both your time and money on buying new hardware, every six months. Although you can play the games using OnLive service on your laptop or personal computer, but to add to the fun, OnLive now introduces its console gaming system. 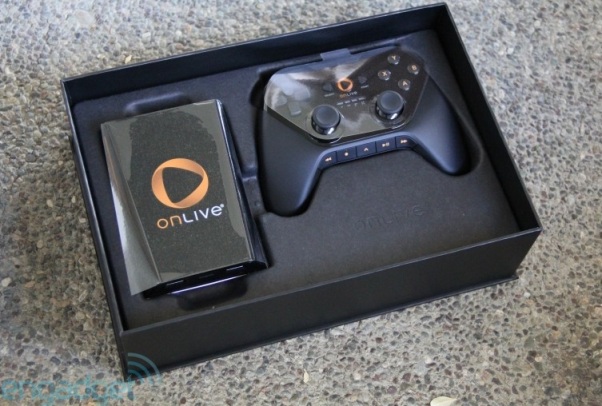 You can hook this gaming system to your TV, just like Play Station, and get a full HD, 1080p, gaming graphics. In the box, you’ll find a MicroConsole TV adapter, a Wireless Controller and a coupon (only if you pre-order) that allows you to get 1 free game of your choice on OnLive. Other accessories include power adapter, HDMI cable, Ethernet cable, USB cable and 2 AA batteries.

The MicroConsole TV adapter is a small device that hooks your internet connection to your TV. It’s outputs a full HD graphics to your TV via HDMI cable. However, you can get a component video converter for the console for an extra $30. The consoles  also outputs stereo audio through a 3.5mm jack. 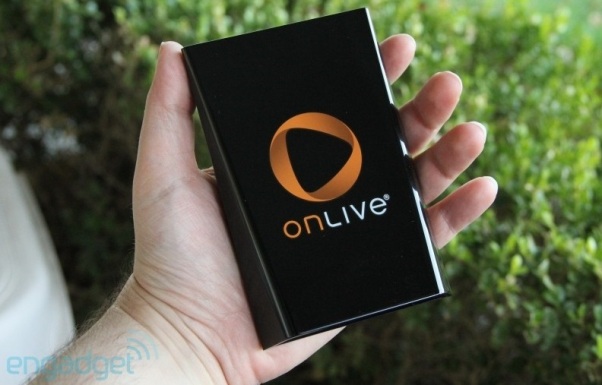 All the control buttons are on wireless controller (not the console), so you can site back, relax on your couch and play as many games as you like. You can attach up to a maximum of four controllers (for now) to the system each adding a latency of 800 microseconds to the gameplay. A total of 2ms latency is acceptable, considering you LCD monitor usually have more than that. 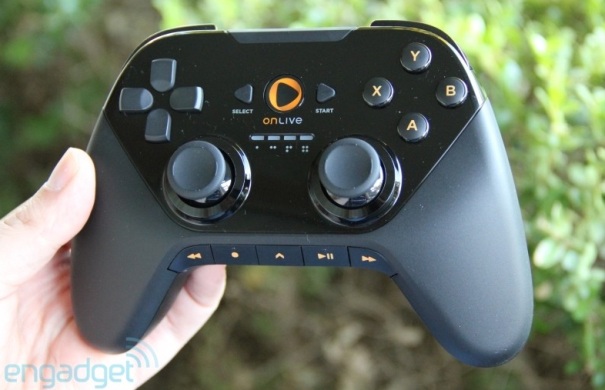 Although you get standard AA batteries in the box that goes into the controller, but you can also put rechargeable ones in it, that charges using micro-USB port. OnLive won’t ship extra pads (if you’re more than 1 person) right now, but you you can attach either  mouse and keyboard on two USB ports on the console or any gamepad for now.

Pre Order your gaming system today for $99. Via Engadget