NOTE 3 Revealed By Samsung, Likely To Be Launched in Q4 2013

As expected, Samsung kept the ball rolling as it started two years ago at IFA in Berlin and yesterday, two years after, in 2013, Note III, a “Phablet” has been introduced by the sparkling tech giant. Well most of the folks present there were chirpy on the ascent and ballooned size which makes the latest release in the Note rendition, a “Phablet”. With a Super AMOLED display dilation to 5.7 inches, Note 3 features a ranting 3GB of RAM, 2.3GHz quad-core processor, a camera resolution of 13 megapixels. 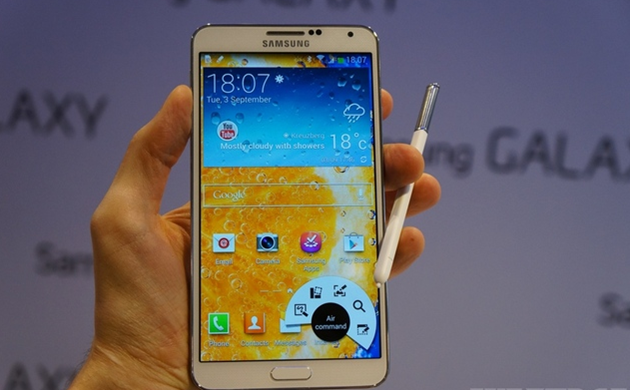 But I want to cut the monotony of memory, processor, camera pixel tweaks now, because that’s something for granted in any new release, isn’t it ? So let’s come to the actual spick and span that can actually quiver you to get your hands on this floppy Phablet. The new S-Pen functionality! yes, that’s what has been a  peculiar ace throughout the introduction. 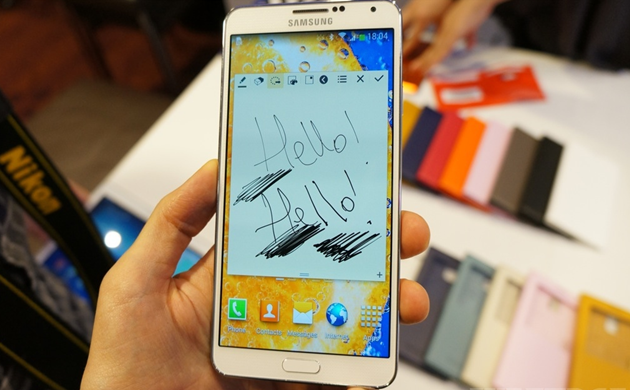 With S-pen, you can just lacerate and claw mark anything on your phone and it will transform them into actionable emanations. For example you can just gash out address of your friend with S-pen and Google Maps will locate this for you. Similarly, just bring out the stylus, write any phone number and you will have the options to call, send message etc. No copy pasting no nothing! This feature is stamped as “Action Memos”. Some of the other dewy additions include new My Magazine interface for “content snacking.” It’s for news crunching for all the news feeds you get from the third party readers to make them readable in Flipboard or HTC’s BlinkFee apps. Dual-wielding of apps has also be added which will make the multi-tasking and handling of apps much easier than before.

Nothing final about the release date but it’s due any time by the end of this year. Athirst for the price now ? That’s also blurry for now but surely, there will be a chunky price tag, somewhere around $800.