Nokia has just revealed the latest phone in their Lumia lineup. As number’s suggests Nokia has a hierarchy based on their phone model numbers. 9XX being the flagship devices, 8XX mid range, 7XX affordable and now the 6XX the pocket friendly ones. The 620 come in after great success of Nokia with 920, despite a few hiccups, and since Nokia sold their head quarters in Finland, we are not so sure that if company itself is doing well. Anyways, the phone will have the following cherry pick features: 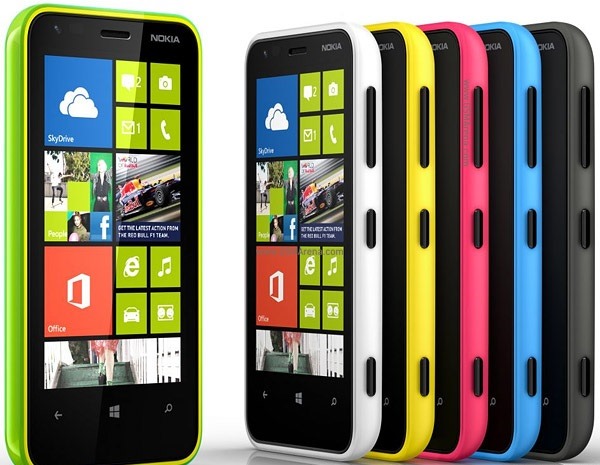 The phone is destined to run the Snapdragon S4 dual core krait processor clocked at 1.5GHz which is accompanied by Adreno 220 GPU and 512MB of RAM. The phone will hold up internal storage of 8Gb which can be expanded to up to 64 Gigabytes through a micro SD card slot. Catering the need of the camera department is a rear 5 megapixel camera and a front VGA camera. The rear camera can shoot videos at 720p at 30 fps, which fits the specifications perfectly.

Following is the full specification list of the Lumia 620:

With great specifications and a honest price tag, the phone will sell, i think it is the first WP8 device to sell at such an affordable price tag.