Nokia E6 to compete with the next-gen Blackberry smartphones

We updated you when rumors of the next-gen Blackberry devices surfaced  with touch screen displays for the Curve and Bold, but now it appears that Nokia has gotten ahead of the game, even before RIM announces these devices at the May1st event  Nokia has announced a device to rival these smartphones.

The Nokia E6 plans to slay the new Blackberry devices with its touchscreen and QWERTY keypad form factor. This new device comes with the refreshed “Symbian Anna ” UI which may not compare to the Blackberry OS 6 but a variety of other features may give this device an edge over RIM’s offerings. 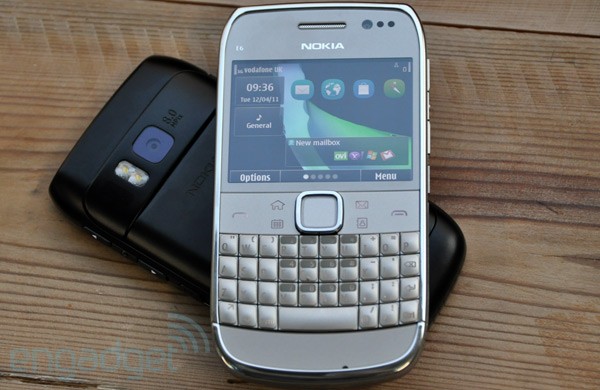 The E6 may just have a 2.4 inch display but its pixel density is higher than that of the iPhone 4.An 8 Mega pixel camera boasts high quality stills and even HD video recording. It comes with free GPS software and runs on a 680 MHz processor which means you may experience some lag while navigating through the menus.As with most other devices , removable memory is supported up to 32GB although 8GB may just be enough for you if you plan to use this device for messaging and email (which is what its meant for).Wi-Fi connectivity is also supported, Bluetooth 3.0 is a good addition along with an HDMI out port. The Nokia E6 may struggle to cope up with the release of the new Blackberry phones just around the corner, but the enhanced multimedia features make it a capable alternative. Its definitely worth the upgrade if you’re currently using an E71/E72.For more information see the Nokia E6 product page. [Source]