Nokia announced loads of new devices which will rewamp their windows lineup – featuring windows phone 8. Samsung was the first one to take the initiative with its ATIV S, but only one WP8 device was announced back then at the IFA. Nokia rely on Windows phone ever since they dropped their Meego series and since symbian started to take a plunge. Now then, the lumia series have been revamped with previously rumored Lumia 920 and the new kid in the town the Nokia Lumia 820.

The first up is the Nokia Lumia 820, its almost the same as its big brother – but misses out on some cool features and has a smaller screen compared to the 920. The 820’s screen is sized at 4.3″ (still impressive) with WVGA resolution – it is another thing that 820 comes up short to 920, 920 features a full HD screen. 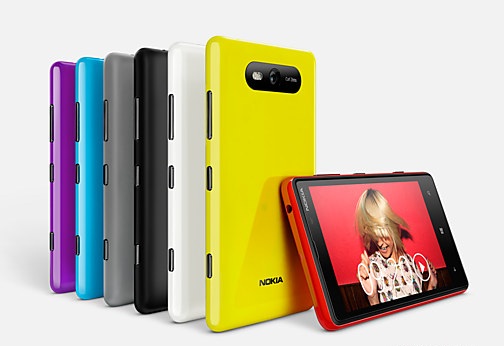 When it comes to processing it dosent lack anything in that department – featuing the same dual core krait processor clocked at 1.5 GHz and boasting 1 GB ram. The 820 will have the same uni-body design, so you could switch with alternate back casing to give your phone a whole new look.

820 is also compatible with the new Lumia feature i.e. wireless charging with support to fatboy pillow (yes thats’s) what it iscalled. 820 will be an LTE device with 8 GB of built in storage and expandable with micro SD card – as all windows phone 8 devices are.

The next up – the big boy, yes the major announcement in New York was the flagship phone by Nokia i.e. the Lumia 920. When compared to the820 – they hardly look apart, but having said that, the lumia 920 has a gigantic screen measured at 4.5″ and along with that full HD display which 820 misses out on. 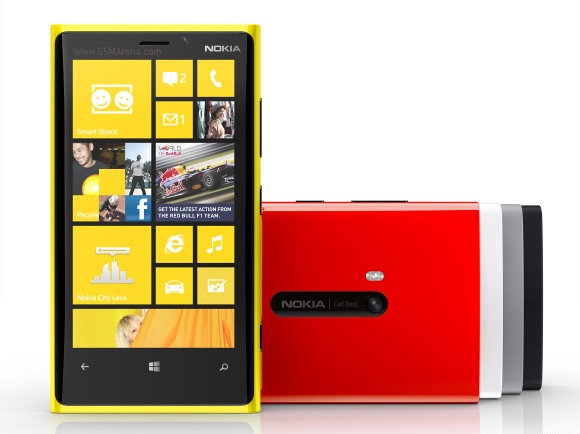 The screen on the 920 is curved with a pitch black contrast when the screen is off – it gives it an amazing look, apart from the looks the phone is pwered by an S4 dual core krait processor clocked at the same speed as 820 i.e. 1.5 Ghz. Along with that it will have 1GB of RAM on board and will have PureView branding but only at 8 megapixels rather than 41 mp of the original pure view phone.
Coming to other details – Lumia will have NFC support on board along with 32GB built in memory but it will lack support of SD Cards, along with that it will feature micro-sims only, it is a downer considering more than 50% people use “regular” sims.
That sums upthe two devices announced. lets take a look at what these two have to offer.

first we will look at the starter phone i.e. the Lumia 820

That covers the Nokia event, the devices look strong – but since there are only three “officially” announced WP8 devices – we cant say for sure if they are the one to beat. HTC is yet to announce their WP8 device which presumably they will announce in their upcoming even taking place on 15th September. lets wait and see how WP8 drama line unfolds.