Nexus 10 dresses up for shots ahead of release

Another device has leaked again ahead of their event and this time it is Nexus. The alleged 10.1” tablet was due to launch on 29th October but the event got delayed due to predicted hurricane in the region. The 10 inch tablet would be the bigger brother of 7 inch Nexus 7 and will feature an amazing resolution of 2560 x 1600 pixels and a pixel density of 299 ppi.

The Device will be made by Samsung instead of ASUS, which is a little down side of the specifications as quality from ASUS was spot on. Going along in the specifications, the design features a 5 megapixel rear camera and a front 2 mega pixel camera. Featuring a Cortex A-15 processor, the device will be a Dual core one boasting 2GB RAM and Android 4.2 which is still dubbed JellyBean and perhaps it will feature minor changes.

The design however seems a little less impressive, featuring a rounded corner shape, the edges around it seems waste of space and they could have taken a note from Apple’s design (Without copying it ofcourse). Anyways, as it goes, here are the leaked shots of the alleged device(images courtesy Brief Mobile) 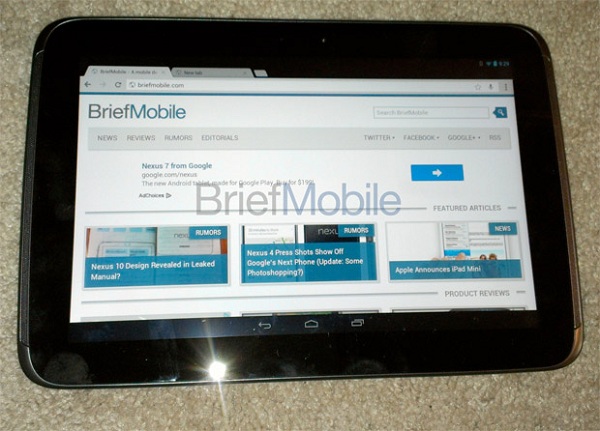 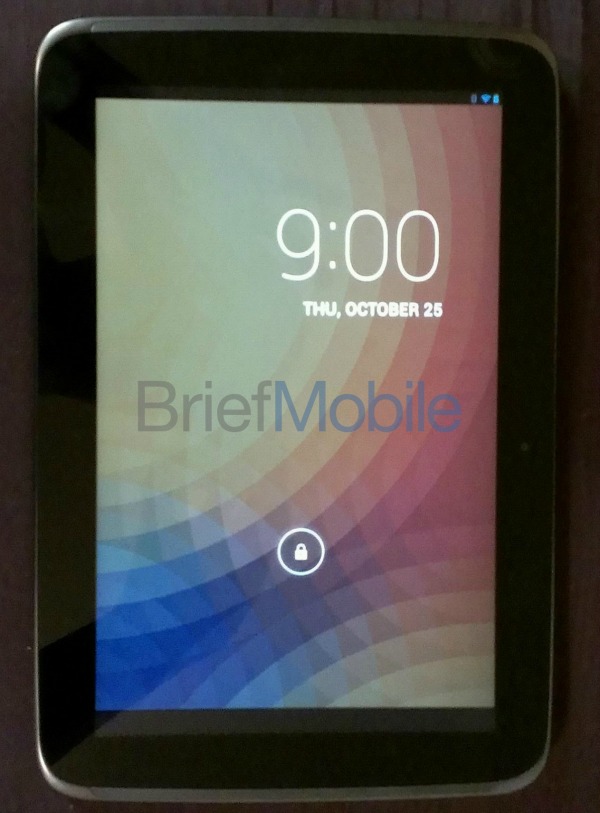