First it was Kit Kat statue unveiling video made by Google itself, then the FCC filings and now some Google employee left Google Nexus 5 at a local bar, and the bar worker got chance to get up close and personal with the cupcake scheduled this year. So here we are, the internet is rocking with the latest videos, photos and “detailed overview” by the lucky bar person. The latest tipsters have testified all the previous speculations. Yes! LG has been locked by the Mountain View giant as we saw in the Android 4.4 aka KitKat Statue video teaser in which LG logo was visible at the back of the phone. 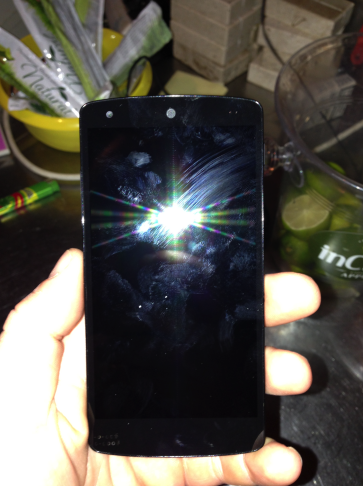 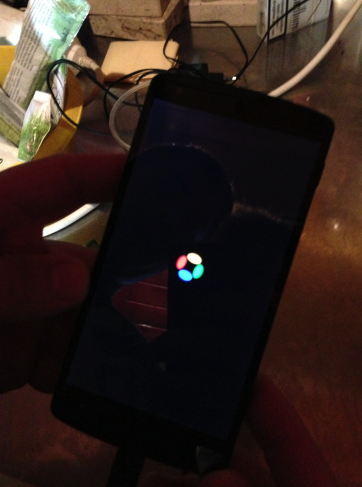 As far as the hardware part is concerned, there is nothing wriggling and new. There are so much leaks here and every leak is betokening the other, so the bar guy has nothing new to reveal here apart from centered front-facing camera, a large camera module with what looks like the same sensor, lens and flash from the LG G2, and a rubberized, textured backing for easy gripping. The front view is more or less similar to Nexus 4.

Kudos again to the bar man who gave us the fiesta of having a close look at the software of Nexus 5 as well, the detailed videos show Android 4.4 KitKat startup screen, having a slightly different font, at least on the home screen, than 4.3 Jelly Bean, and the boot up sequence shares the same sparkling Nexus colors as the previous version. Check out the videos

That’s all the bar man could show because he didn’t know the phone password(sighs) and the Googler could have bounced in any time.