MiniPC a japanese company recently announced their new GF27 nettop that really sucks. I’m not going to talk about the other models, that uses better processors and give high specs in the box. The GF27 is not a big thing, it uses Intel Atom pool N270, up to 2GB RAM, gigabit Ethernet, VGA and DVI outputs. The hard disk is 3.5″ which is big for nettops. I’m totally satisfy with GF45 model which has quite higher specs. 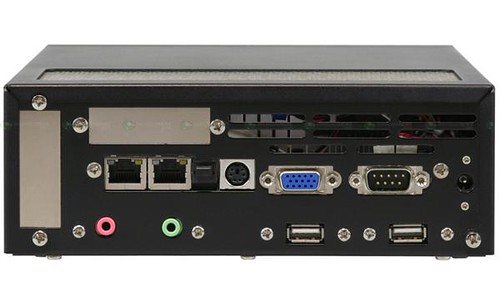 The first impression gives a look that finishing is really bad, it looks like a home made box of iron. Now let’s talk about all the models, yes include the powerful mini PCs too. The inner assembly looks very poor and lose. If you want a comparison with some industry standard nettop or mini PC, compare with Viewsonic VOT series. 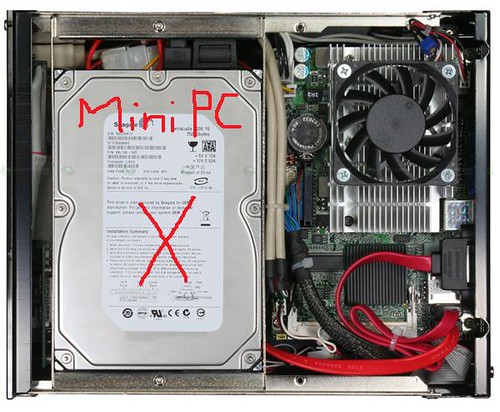 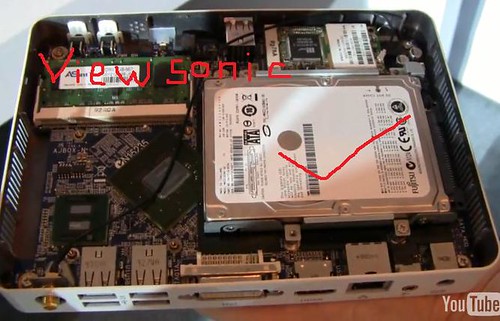 I’m sure if you are looking for a nettop you won’t invest in something like mini-pc, rather you’ll buy viewsonic nettop or Acer’s nettop. After all style does matter. The MiniPC GF27 will cost you about $600 which again sucks. Although you can easily change the component of your MiniPC, but seriously tell me what are the chances! See the out shape of both MiniPC’s and Viewsonic’s below 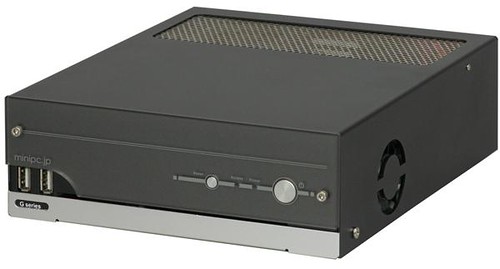 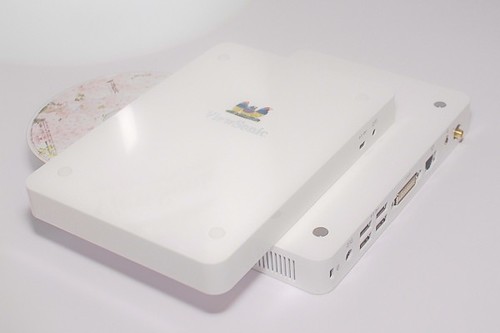