Need for Speed Most Wanted -2 Review

So here we have it, the latest title from Criterion games I.e. Need for speed most wanted. I have always been a fan of need for speed series and there hasn’t been a single title that I haven’t played. Need for speed fist came into the scene with their highly popular NFS 2SE, I used to spend hours on my Pentium 1 playing NFS2 which later led to my computer rights being revoked. The titles grew and got stronger, then came the most famous series i.e. the underground which brought the concept of illegal racing in the need for speed world. After that, the title split into many groups launching street versions and professional versions separately. It has been a while since EA released an “illegal racing” title, the latest NFS does exactly that – Nostalgia.

Let’s start the things off with single player career mode, you start of with an Aston martin, which you drive along for around 2 minutes till the “Lady” asks you to drive to a pit point. You drive there and find a Porsche; you drive up to it and switch the cars. This is how you are going to unlock the cars, if you find a car with “manufacturer’s badge” floating on it, it means it’s for you to drive; interesting approach would say. Good news is that the underground racing theme is back, like need for speed carbon, you could go to map, select the event and start the race directly if you not in the mood to drive to it. There are sprint races, circuit races, drifts and challenge series which you would take on to unlock car upgrades. 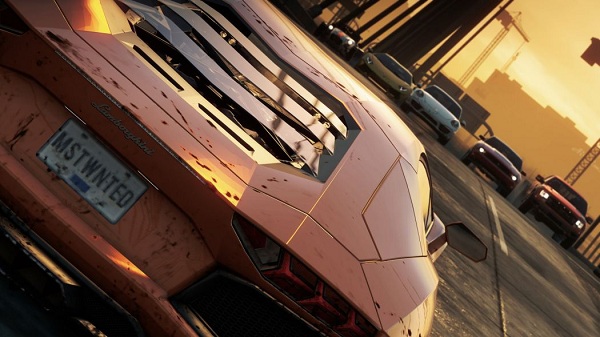 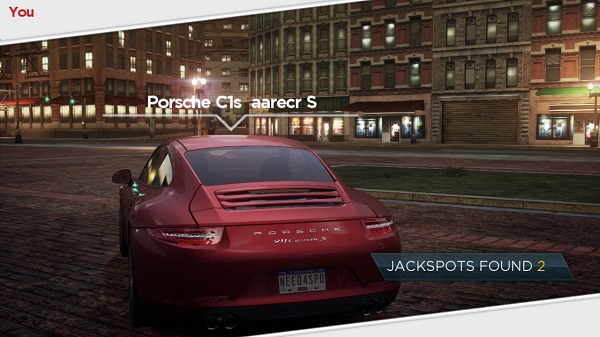 During a race your car might get damaged and eventually wrecked, to fix that, you will find “Spanner” icons on the map, that’s auto-fix garage, just drive through it during the race and your car will be fixed. As I mentioned before, the races are rewarded with reputation points and car unlocks, money scenario has been changed for the first time since you don’t have to buy cars, you have to find them. The career mode goes on, and your destination is top of the reputation chart. You can get more points if you win challenges, get a rap sheet and evade police chases, you will get a better understanding once you play it.

Now lets talk about multiplayer, criterion games are not new to multiplayer frontier, they are known to produce one of the best MP experience in the gaming industry. The multiplayer in NFS is brilliant. However, the real star in the multiplayer gaming experience is the SpeedLists. Once in a multiplayer match, a SpeedList can be created by the host. (You can also jump into a SpeedList game with random players using the Quickmatch option.) Comprised of five random (or custom) back-to-back events–often with vehicle-type requirements–SpeedLists mix things up a bit more than the standard races you’ll find in single-player. Races are there, to be sure, but you might also be tasked with odd assignments like parking on top of a specific building for as long as possible while everyone is trying to knock each other off. Or you might be asked to compete for the best jump at one of the game’s numerous ramps. 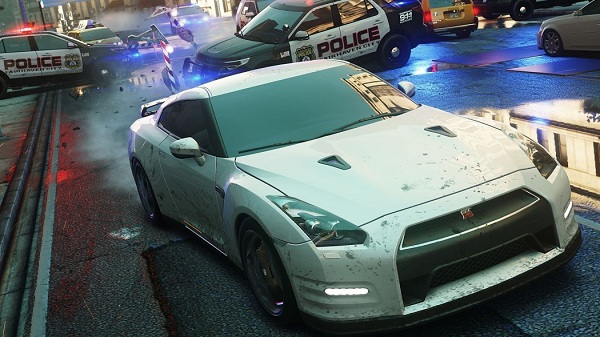 The variety of the Speedlist is what which keeps the player entertained and hooked to the game, although, some events are not nearly as fun as other but in fairness the races are pretty exciting and despite the challenges of speedlist, the speed points carry the most entertaining aspect. Even if you are lagging behind in a challenge but you scored more speed points, then you will be at the top.

Although cars are free, you have to find specific cat jack points. Browse through cities and find them parked in allies or parking lots. Cars have specific events and races tagged along with them, so it is best that if you run out of events, find a new car.

The recommended system requirements, meanwhile, are: