Motorola’s new multimedia smartphone, the Droid 3 gets caught on camera once again. HowardForums brought up a few more images of the Android device which has no major changes to its appearance except that the keyboard has been updated to a 5- row version instead of the 4-row keyboard on the Droid 2 .

Marketed as the ultimate iPhone killer, Droid 2 did get some market share and managed to gain some popularity but unfortunately it wasn’t like the time when the whole world went crazy for the V3 RAZR phones, clearly Motorola has seen better days. 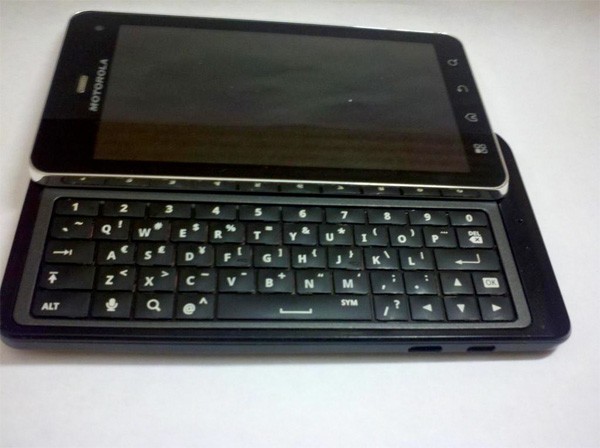 With the Droid 3 and the Xoom tablet, hopefully Motorola will improve its market share. To be fair, it is extremely difficult for even a well-established company like Motorola to beat the Apple iPhone with its rich Audio/Video features and the fact that it is backed by the Apple iTunes store. via Engadget