Back when original iPad was announced many thought that it with be an OSX running tablet rather than iOS. Both these Operating systems are giants in the computing industry, however, people wondered what if the tablet were running OSX, mind you that iPad is capable of doing pretty much everything but the extensibility of a full operating system on a tablet is what people were seeking. 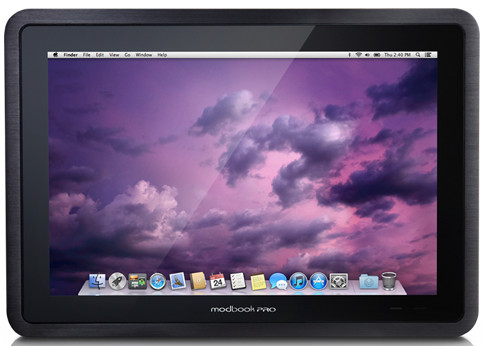 Apple might have thought of it as a bad idea but people think differently and it hasn’t stopped them from making their very own OSX running tablet. An LA based company ModBook Inc previously announced a tablet, which will begin selling starting tomorrow. ModBook Pro comes along with beefy specifications.

These are the highlighting features of the ModBook, and frankly no tablet in the market comes near the specifications of the Mod Book. The tablet will come in two flavors, both featuring a 13.3” screen; the tablet takes a completely different path from Steve job’s ideology and has gone as far as introducing an s-pen like stylus with it as well. 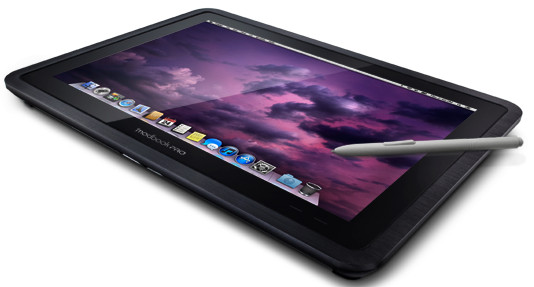 ModBook took the opportunity and teamed up with Wacom to design the pressure sensitive pen for the tablet which delivers 512 pressure levels, modbook can translate 133 pressure points per second which is staggering and will be extremely accurate. Easy to grip and battery-less, the pen has two programmable side buttons and a digital eraser. The pen securely tucks away in the conveniently built-in pen garage with a magnetic catch.

As far as connectivity is concerned, you will get 802.11n Wi-Fi and Bluetooth 4.0 wireless connectivity capability, a built-in 63.5-watt-hour lithium-polymer battery and a 60W MagSafe® power adapter. Alongside the MagSafe power port, the Modbook Pro’s base system has one Gigabit Ethernet port, one FireWire® 800 port, one USB 3.0 port, one Thunderbolt™ port, one SDXC card slot and one audio line in/out.

The drives on modbook pro will be partitioned into two types supporting both Windows and Mac format. Looking at the specifications it is going to be a developers dream. You don’t have to wait long for the modbook, pre-orders and pricing will be revealed tomorrow. You can follow ModBook’s website to view full feature list and subscribe for pre-order.