Mio, a technology company, has announced the release of a 7 inch tablet: Moov V780. According to the company the device is designed for navigation, entertainment and Internet experience. The Moov V780 has almost everything what it takes to be a smart, handheld device including YouTube streaming, HD (720p) playback, surfing the web via wireless connectivity. 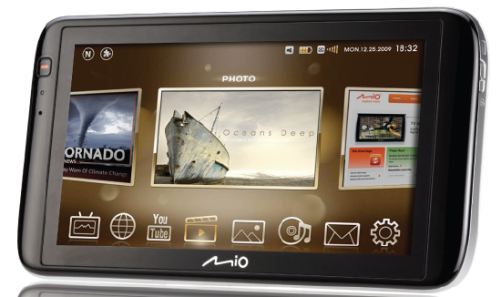 With dell releasing their 5 inch Mini and Apple’s 9.7 inch iPad, Mio decided to stay in the middle with their 7 inch Moov tablet. We discussed earlier about what should be the right size for a tablet/Phone and dell seems to be the winner. As iPhone is too small for normal browsing and you can’t put iPad or Moov tablet in your Pocket. Dell provides a best ration between size and productivity with their Mini 5. But after all, no one is close to beat Apple for their iPhone, iPod Touch and iPad. 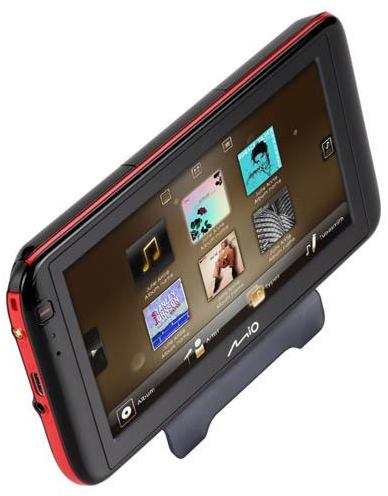 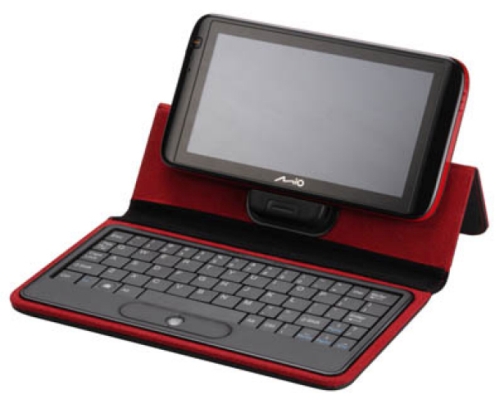 Mio will also offer the premium case for the tablet. The case has a QWERTY keyboard and a trackpad along with a dock for the tablet giving a netbook feel. Technically speaking, the Mio Moov V780 is powered by a 600 MHz processor, 512+ MB of RAM and weighs 445 grams. The storage capacity is up to 8 GB.  The 6.95 inch TFT capacitive touch screen provides a resolution of 800 x 480 pixels. It has a WiFi b/g support while WiMAX and 3G are optional (will cost more than base edition). Mio is having a press conference on 4th of March where they’ll likely announce the pricing for this Tablet. Anything less than $400 will be a good price for this Tablet.