How can Microsoft trudge the race of the tech giants or I should say “techathon”. As expected, Microsoft has also announced its deluxe and sumptuous event, featuring release of Surface tabs. Last night, the tech gargantuan released the official invites to the media telling them to  consign most of September 23rd, for the mega event of Microsoft, which is also labeled as “the Surface event”. Amid the sundry of leaks that hinted towards the glimpses that Microsoft is racing up for finalizing the surface tabs, it is for sure that the event will be in reply to dwindle the elevating market hypes going in favor of the competitors. The iPhone 5S event has rocked the media,other populous events of Sony, Samsung have really got the sweat out for Microsoft and now, its time to unleash the next generation tabs,Yes! we are talking about Surface 2 and Surface Pro 2 tablets. 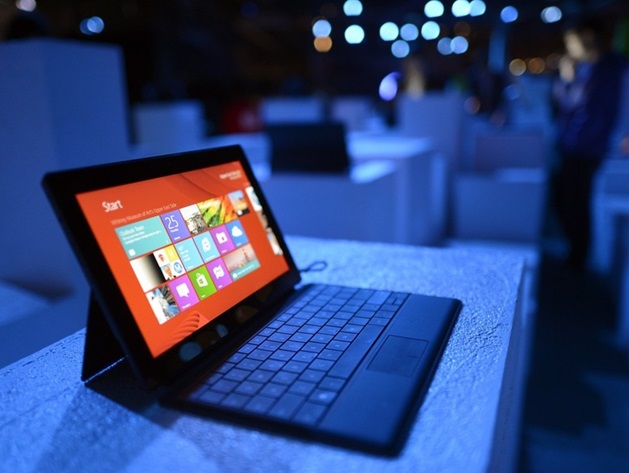 So what’s new in Surface 2 tabs? Well, one thing is for sure, Microsoft is going to take this event by storms and will strive to give plethora of new bags full of value and fun. There will be a two-stage kickstand for both the Surface 2 and Surface Pro2. As for the slants and outlooks mostly everything will be same as before. But bumps and quivers await your here is softy world. There will be a sleek new Intel’s Haswell processor for Surface Pro 2 with a revamped  8GB of RAM on board, a wriggling new feature that will boost the performance. The Haswell processor upgrade will tweak up the battery life on the Surface Pro 2, but not significantly enough. There will likely be and addition of just two hours in the Surface PRo 2 battery, but that’s enough for now I think, isn’t it?

For Surface 2, there will be more wrenches and snags. There is likely to be a display update, a 1080p resolution integration. A jaw dropping Nvidia’s Tegra 4 processor is going to bump the turf here. New accessories like a docking station, power cover for battery boost and keyboard accessories are  going to garnish things up on September, 23 in New York

Official invites saying “You are invited” with a Surface logo on top right and Date written below are wired to all the major media outlets. Surface event is going to grasp global attention after iPhone 5S event.