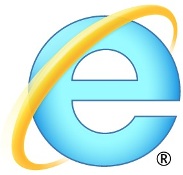 Mozilla Firefox, Opera, Safari, Google Chrome and the rusty old Internet Explorer 8 were some of the few mainstream internet browser options you had yesterday, but this week marks the release of Windows Internet Explorer 9 (IE 9) although the beta version was made public in September but finally the real deal is here.

Data processing speed tests show a drastic increase in speed over previous IE and the native Java Script engine makes it even faster than Google Chrome! Its support for modern HTML5 and CSS5 makes it work a lot more smoothly.

They say it’s the first browser to truly leverage the graphics hardware to give a performance boast, so we went ahead and did some benchmarks. The benchmark tool is available on IE9 official website which animates HTML5 fishes on your browser screen. On a resolution of 1280×880 Chrome v10 delivered 4fps with 20 fishes and IE9 gave a hard-to-believe 60fps with same number of fishes. We increased the fishes to 400 and IE9 still gave us 40fps. System used for this benchmark is Intel Core 2 duo and 3GB of RAM paired with Nvidia Tesla C2050. 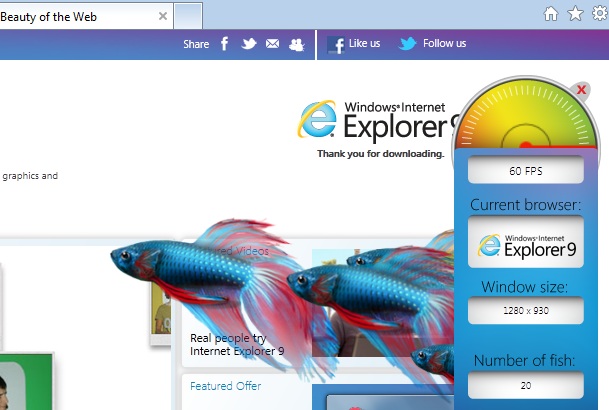 When it comes to visuals, you’ll notice that the overall view is a lot less cluttered than that in IE 8. Reshaped buttons and a translucent background offer a much needed breath of fresh air. YouTube videos load faster and play more smoothly. Also, the new scroll is a lot more fluid, definitely a pleasing touch.

One of the most interesting new features is the One Box, the address bar and search bar are made into one. Some say it’s a bad move and Microsoft lacks creative design when it comes to Web browsing. But Microsoft thinks otherwise by putting this browser’s download information and other benchmark tools on a domain named: BeautyoftheWeb!

All in all it’s worth the upgrade, since most users want speed and ease of use. With its swift performance, Java integration, hardware acceleration and HTML5 support we expect IE 9 to be a success. Stay tuned for more updates.