Malware and Scam hitting big on Android platform, who is to blame ?

The two mobile giants, Apple and android love to pull each other’s leg, although I am a true android fan and love how much freedom I get for a lot less cost, there are some areas I wish android was like Apple. First of which is the Application section, apps on Apple are more “refined” and cater to the needs better than the apps on android, perhaps it is a conspiracy against it (obviously I am joking) but the fact is that the user experience is far better on iOS devices, and not only that, number of un-trusted applications on android platform is deeply worrying.

Google does not put a check on what the up loaders upload or what they are sharing with the world, which makes their life easy to share infected and useless applications. Such an example comes from a registered developer on Android market by the name of “Apple inc” and if you go ahead and check their applications, you will find out traditional Apple applications like Garage Band, iPhoto and keynote ready to be downloaded at $4.98. Now, that does seem suspicious from the start, I mean why would Apple launch anything on android, and even if they do, they would probably call for an event. At a nearer glance it becomes clear; the “Apple Inc” on android is a scam. 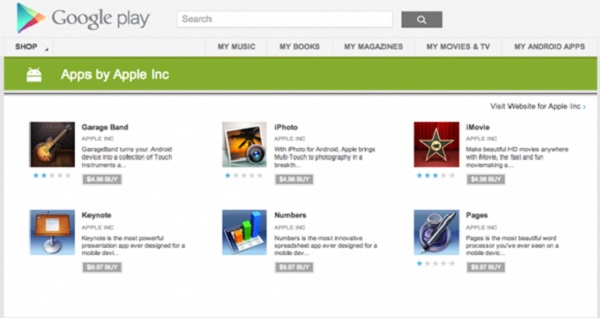 The reason for this post is not to tell on the “Apple inc” fraud, but to bring up a very critical argument. Is Google right by not putting a check on what people upload on their market? Are Google’s policies flawed? The thing is, when you come in competition with Apple, users expect that they will get the same quality, but they do not. Yes, now we must talk about the quality, almost all applications on Apple platform are unique in their own way, even applications like Facebook are much smoother and have a better interface than on android. And the list goes on, apps found on both platforms have difference in interface and behaviors, which is disappointing because Android has so much potential and the race towards the quantity of apps rather than quality of apps will really hurt Google. 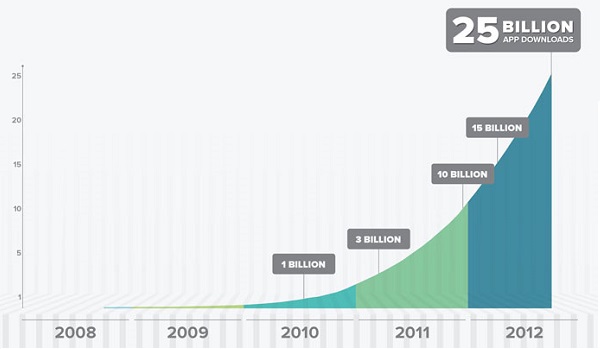 As seen from the chart above, the number of apps downloads on Android is showing no signs of slowing down, the same story is with the Apple apps, which recently hit 35 Billion downloads, it is because the domination of both these platforms has had a major impact, four years ago we did not have that much influence of smartphone son our lives, but that changed drastically, and it seems as though that this fad is here to stay. I am no expert, but I do understand that Google must put their act together, because lack of quality control is really hurting their reputation.