LG Optimus C comes to Cricket for $130 [Without Contract]

The Optimus line of Touch screen Smartphones are equipped with Android 2.2 and interestingly, keep changing with different versions made available to different service providers. Most recently, this LG device has now been made available via the Cricket network. 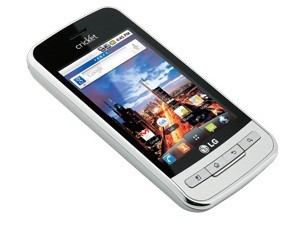 It will also support Cricket’s Muve Music service. The Optimus C has a 3.2inch display and a 3.2 Megapixel camera. It also has Wi-Fi support, USB tethering an accelerometer and proximity sensor, which is surprising since this Smartphone costs just $130, after a $20 web discount and a $50 mail-in rebate. There is no two-year contract (that has become a norm) however you still have to sign up for the unlimited Android plan which costs an additional $55 per month. [Order yours now at Cricket Website]

In the US, the Optimus was available from Sprint in October 2010, right after its release in South Korea.