The LG Optimus Black was first seen at the CES 2011, LG has now made this device available in South Korea.The Optimus Black features a 4 inch capacitive touch screen display.A 1GHz processor runs Android 2.2, although we hope an upgrade to Android 2.3 is available soon.The device is also known as the KU 5900 and packs in a 5 Mega Pixel Auto-focus camera with flash as well as a 2 Mega Pixel camera on the front in a design so thin, it measures just 9.2mm, its nice to see manufacturers moving away from the slab-like bulky iPhone 4 design. 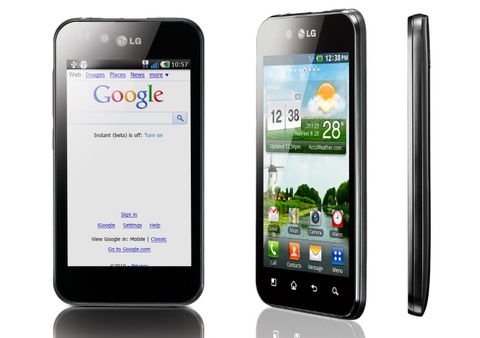 It also packs in Wi-Fi and Bluetooth apart from LG Wi-Fi Direct which allows you to connect LG devices wirelessly.The UI will be familiar to you if you have used other LG Android devices as this phone features the Optimus UI.US availability isn’t confirmed yet but considering its Specs, LG should introduce it to the US market.