LG Announces Optimus G The most powerful Android yet

LG Korea announced the alleged Optimus G today which showed off some ground breaking results, Optimus G is clocked at 1.5 GHz powered by a Quad core krait s4 processor, the GPU is Adreno’s new 320, which makes is the most powerful android to date. 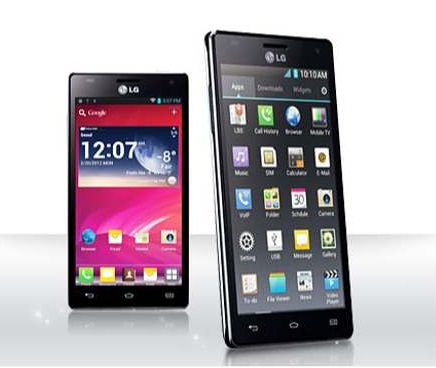 The screen is a massive 4.7” True HD IPS plus display with a gorgeous resolution of 180 x 768 (15:9), there is heaps of RAM that powers the phone, 2GB of it; the beast sports LTE connectivity and NFC support, Bluetooth 4.0 and Wi-Fi with DLNA further supports the specifications. The design is solid and covered with glass on the front and the back; the sides are plastic though – which are well finished and clean, at the back there will be a 13mp snapper accompanied by LED flash; on the front you will have a 2 mp camera for video calls.
Battery is a lithium ion 2100 mAh battery which will give around 15 hours of talk time and 335 hours of standby, measuring at 131.9 x 68.9 x 8.45mm and weighing 145 grams it has a very utility design. Front part of the phone is covered majorly by the screen. Powered by Android ICS 4.0 and planned upgrade to 4.1 Jellybean; it is overlaid by LG UI which brings many new features- QSlide is one of the feature, you can overlay two app screens on each other (multi-tasking new level) you can even set a different screen contrasts and brightness.
Price you may ask, it is a hefty $900, $200 more than the iPhone 5 and $250 than the Samsung Galaxy S3, it will start shipping in Korea by next week and internationally in a few weeks as well.