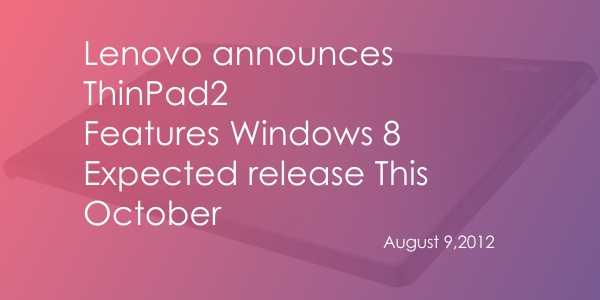 Besides the lack of confidence shown by Acer in the world of tablets, Lenovo has decided to launch its ThinkPad tablet 2 officially to the world. ThinkPad 2 will be a 10” slate with a resolution of 1366 x 768 IPS display. It will have 8mp rear and 2mp front camera Capacitive screen, Intel Atom processor, NFC support, optional 2G/3G support, HDMI output and will also have an optional dock; the dock will give users the ability to type away like on Microsoft surface and connect USB flash drive with one of three ports. 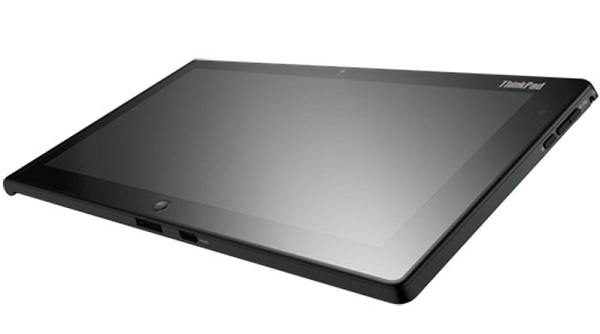 The price of the new ThinkPad 2 is unknown; it is set to replace the current ThinkPad tablet which features Android ICS. As far as release dates are concerned; Lenovo announced that the ThinkPad 2 will be available to public by October this year. Maybe with the launch of windows 8 on 26th October? Who knows.