Good news for the gamers and power conscious  PC users as Xigmatek has released its new state of the art second generation of the famous  CPU coolers Gaia  and the Loki,  featuring  150 W TDP and light 130 W TDP performance, respectively. The latest CPU coolers are equipped with enough aluminum fine coatings on the heat sinks and the related material for depleting the heat leakages and other problems that are normally faced by the gamers in the contemporary systems.  Gaia II is the most anticipated CPU cooler, having size of 120 x 50 x 159 mm, weighing 460 g, it has around 8 mm exposed copper heat pipes with a 120 mm PWM cooling fan that provides a 800 to 1500 RPM range and a maximum airflow of 56.3 CFM which is more than enough for the modern day computing and next generation games. 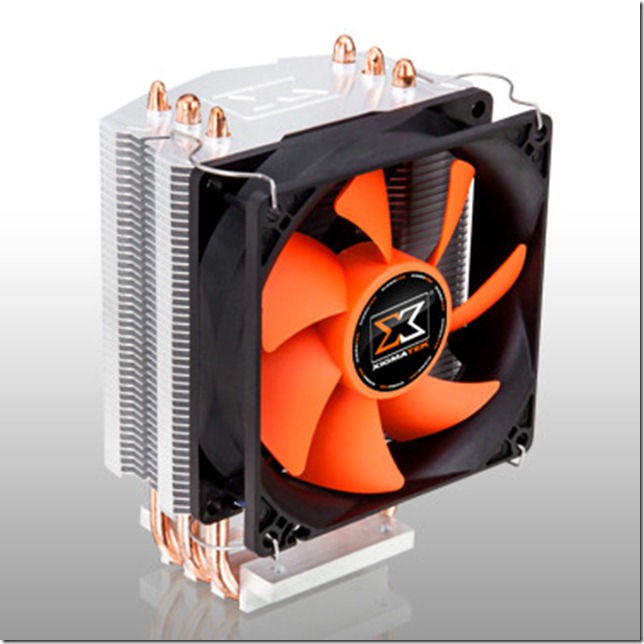 Loki II, on the other hand is a compact, low weight but efficient cooler for the modern day CPU’s. Having 130g weightand 6mm of exposed copper heat pipes, the latest Loki version is measuring 92 x 134 x 50 mm which is easily integrable in the motherboards coming in the market these days. Its fan speed is around 1200 – 2800 RPM and is rated for 52 CFM.

Unofficial prices are around $30 for Gaia and $25 for Loki. Expected dates of availability is yet to be confirmed.