JBL Power Up were announced along with the latest Nokia Lumia series which promised to bring a fun and colorful lineup to the accessories. Along with nokia purity HD headsets, several other products were brought up to the scene, one of them are the JBL Power Up, design to compliment the vibrant colors of Lumia series, the speakers look classy and well finished. JBL has put a lot of effort and the result is great, powered by NFC, you won’t have to connect any cables or pair with Bluetooth, to connect, you just place your NFC enabled device on top of the speakers and it is good to go. 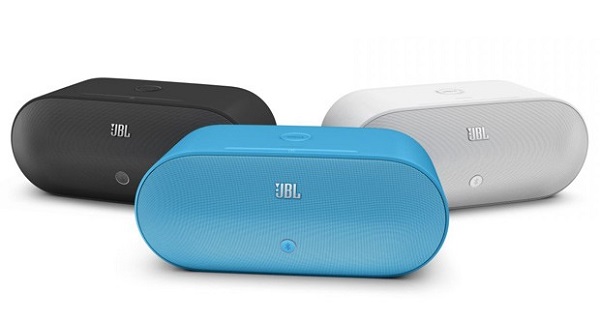 The speakers themselves come in three vibrant colors, blue, black and white. Featuring a very minimal and portable design, the speakers are only 280 mm wide and 115 mm tall. For connections, you get a micro-USB connector to hock it up with PC for software updates, 3.5mm standard connection jack and an AC power connector. You also get LED’s indicating charge state and remaining battery information, there are on board hardware buttons as well to control tracks listing. The best feature of the speakers by far is the Wireless charging option, just like the one on Lumia 920. 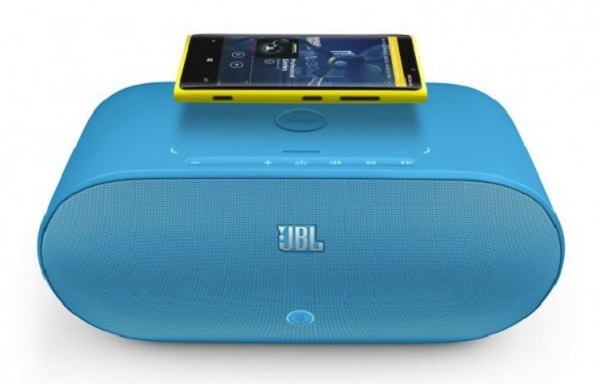 Wireless charging is al great, but what is more exciting is that it can charge other nearby devices as well, thanks to its Qi chip, which can charge other Qi devices like the Lumia 920 itself or the Nexus 4. The speakers will cost you a lot though, at $250, they aren’t exactly affordable, and if you buy them from AT&T, they are going to cost you even more at $300. Are they worth the price?