The jailbreak for OS 3.1.2 has been released by blackra1n and is available for both MAC and Windows. The jailbreak works for both ipod Touch 2G and 3G. I hope that you’re using OS 3.1.2 on your ipod touch. If not, then you can update it form itunes. It’s free if you have OS 3.x before and will cost you if you have a previous version than OS 3.0. The jailbreak is just a three step and 5 minute procedure, follow each step carefully.

Download the latest Blackra1n for Windows or MAC. If you’re using Vista or Win 7 then right click the blackra1n.exe file, go to Properties then Compatibility tab and check Run this program in compatibility mode for Windows XP. Now run the blackra1n, it will detect the ipod touch automatically. 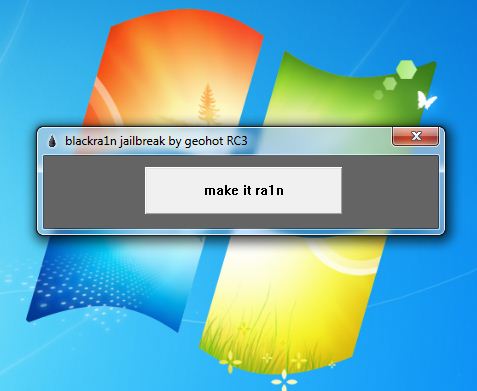 Now, have some patience while it jailbreaks your ipod touch. When done, your device will be rebooted. If it has successfully jailbroken your ipod, you’ll see the blackra1n icon in your app, launch it. However, if your ipod doesn’t reboot, run the blackra1n again and repeat the same procedure. Don’t forget to download the latest blackra1n, which is RC3. The RC3 version solves many problems that RC2 and previous versions had. 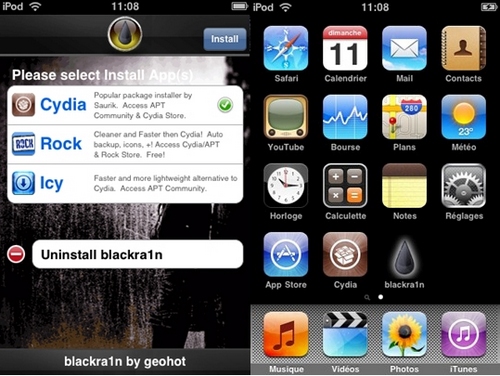 When you launch the blackra1n app from your ipod you get the option to download Cydia. Cydia lets you install jailbreak applications on your ipod touch. That’s it, you’re done. I know many of you would have some problems, so do comment and I’ll be more than glad to help you out. Thanks.