iTunes 11 comes up with new features, bids farewell to ping

Apple brought many changes with the announcement of the new iPhone and along with that brought new iTunes, the Apples social music them “ping” has taken a bullet here and has been abandoned, along with major User interface changes. Let’s take a deeper look at all the changes made in iTunes 11.

The interface has gotten a makeover; it now looks more like an App store than a player – which is a good thing in a sense and the additions and changes lifts the aesthetics of the player. The UI has been simplified and the most noticeable changes are made to the side bars- well, there aren’t any sidebars, they are not gone – just hidden from the grid view, when you click on an Album cover – a expanded view pops up, hence saving space and time. 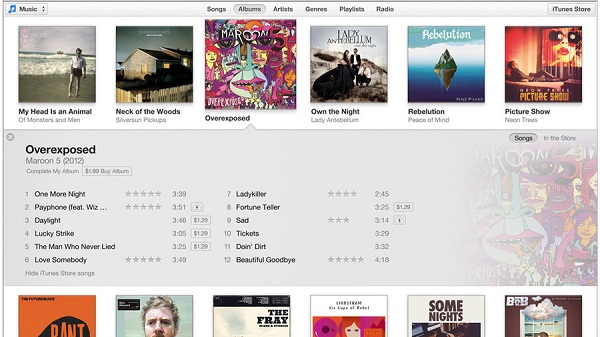 The expanded view will show track listings, ratings, time of play, most played songs and an iCloud download button, so they have finally optimized the interface to match up with iCloud. Speaking of the nice interface, the expanded menu background is what the album art is. Album art is the thing here, if you don’t have album arts then get them grabbing because iTunes 11 interface would look pretty dull without them.

You now have a new mini player, acts like a widget for Windows users, it is different than the original widget in many ways, you get an album art display, expandable list to show next three tracks and a search button to search tracks without opening up the iTunes library.

iTunes 11 now has a songs history

So, if you previewed a song on iTunes store and though at yourself that you’ll remember and download it later, you come back and you forget what you wanted – well that is a thing of past, thanks to iTunes preview history you can keep a track of you iTunes history.

That’s right, pings takes the bullet and Facebook gets a shot at it, iTunes 11 will show you the content your friends have/had liked and would recommend it to you. And once you have seen the item you can share it with your friends as well, the actions are not limited to facebook – it also supports twitter feeds and posting.

We have already discussed the integration of iCloud, but it goes much deeper than that, with songs syncing automatically – it becomes easier to keep a track of your paid items.

iTunes 11 will be released in October and will be made available for both MAC and Windows platforms.