Just Recently, Windows 7 users have surpassed Window XP ones in US according to a report by a stat tracking group, Pingdom. However, Windows XP, which was a great success, still has more than 31% penetration in the United States.

The data for the report was aggregated using visitor information on more than 3 million websites giving enough samples to estimate these figures. Windows 7 after about 20 months of its release has managed to break Windows XP hype, a thing that poorly executed Vista was and will never be able to achieve. According the report, Windows Vista has only 19% penetration among US users and decreasing. 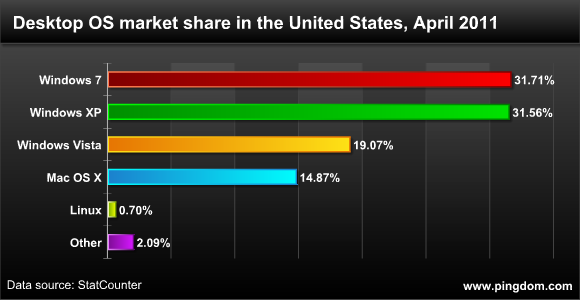