It has been only a couple of years since Google jumped in with their own branded gadgets that grabbed some attention, I know that they were in the game since the beginning, but they hardly managed to make the news as they were mostly over shadowed by other gadgets. Now however, things have changed, the price strategy seems to be working good for Google and their new products i.e. Nexus 4, Nexus 10 and the Nexus 7 are selling like hot cakes. Nexus 4 was so successful that it was sold out within first hour of its launch. Our question is if the phone is worth the hype and attention, so for that we must take a look at what it has to offer.

The brand new Nexus 4 is storming in and out of the stores, most of that can be credited to the price, Google is selling the 8 GB version of the phone for just $300. But it’s not only the price which is tempting, the screen is beautiful as well. The Nexus 4 is measured to have 4.7” of screen with a resolution of 1280 x 768 and pixel density of 320 pixels per inch, that is just 4 pixels short of achieving iPhone 5 density, but for that screen size it will take over the throne. 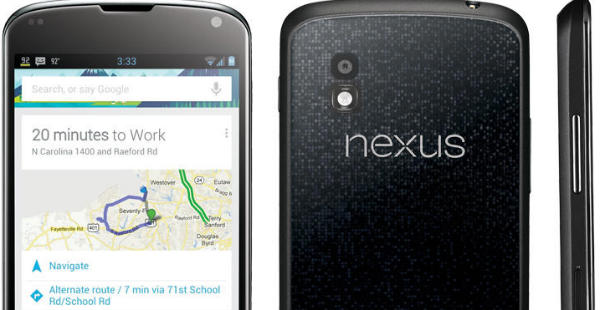 The Active Backlit LCD brightens up the colours but it might deliver poor results under sunlight, much like its predecessor, which I own, it too produces great indoor results but the lack lustre performance under the sun makes me think twice. The screen sits covered around beautiful silver bezel around the edges of the phone and a black mesh around the screen which creates a great contrast. The old Nexus i.e. Galaxy nexus had a 4.65 inch screen at a resolution of 720 x 1280 resolution and pixel density of 316 ppi, not like the nexus 4, but still pretty close.

The two phones i.e. Nexus 4 and Galaxy nexus share almost the same looks, and that is not a bad thing to be honest, I believe Galaxy nexus was one of the prettiest phone at that time, with its sleek design and slightly curved screen, the phone looked gorgeous and Nexus 4 is not far off from being another master piece, my only worry is that it might be a little thicker than the nexus. Yes, as a matter of fact it is, the Nexus 4 is 9.1 mm thick whereas Galaxy Nexus was 8.9 mm thick, now that is not much is it. 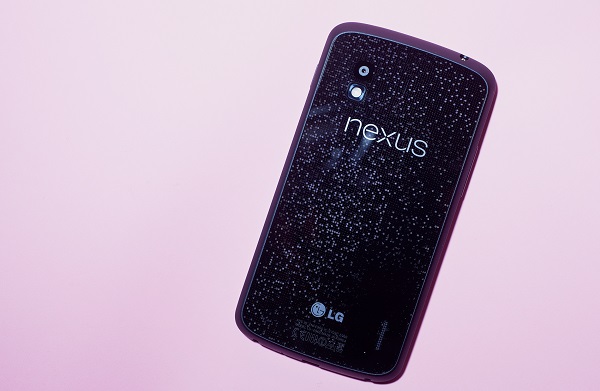 Now the back design, Galaxy nexus was pretty ordinary in this department with a typical battery door you would expect Samsung to make, however in the nexus 4, you get a fancy back design, with black background and pixelated and shiny glass surface it is a looker. Now, I agree that it is more vulnerable to cracks, but I wouldn’t mind taking care of it.

The camera on the nexus 4 has been reposition to the side and the front facing camera retains its previous position. The earpiece is now a little edge and sets apart in the black background. So, overall, the phone looks and amazing and I for one am fairly satisfied with the design.

Nexus 4 is powered by a Quad-core 1.5 GHz Krait processor, adreno 320 GPU and 2 GB of RAM, that is the specification of the desktop I used to have a few years ago. I honestly believe that Smarthpnes don’t need those quad core processors, if they do, might as well put lasers and machine guns on them as well, but that is another topic, back to the hardware now. So, a quad core processor might take you a fair way, but it is important to note that the same hardware did not perform quiet so well on the Optimus G and galaxy SIII ended up on the top when benchmarks were compared. 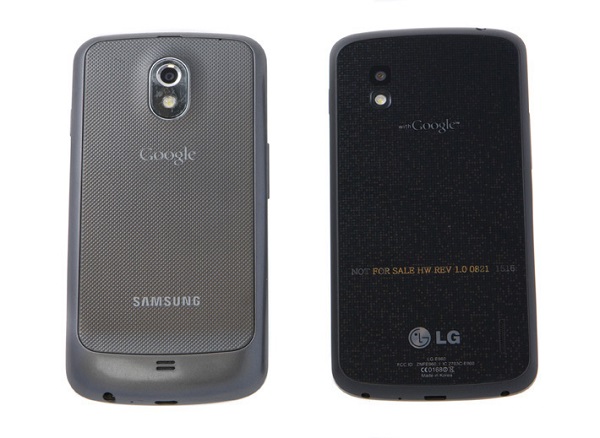 Hopefully though, Google might have optimized the OS to run smoother and better on the Nexus 4 than on the Optimus G. When Compared to Galaxy Nexus, which had a dual core processor and 1GB RAM, the nexus 4 seems a huge upgrade, but the benchmarks will tell the true story.

Nexus 4 will be shipped with Google’s latest Operating System, Jellybean 4.2. Although key lime pie was expected, but perhaps Google weren’t ready to give another name to minor updates. The features to look for in the new OS would be the photosphere option, updated gallery, updated navigation and the updated notification centre with quick launch options. I am powering my Galaxy nexus with 4.2 as you read, and as I am planning to update to nexus 4, this would be a great test to see if Nexus 4 jumped a notch or is in the same league.

Price had been the main reason of Nexus’s success, at $300 from Google store, the nexus 4 beats the competition. But, the phone is selling at around $450 on contract by T-Mobile, which puts it in the same category as the Lumia 920. In European nations, the story gets even worse. The retailers are selling the phone at around 600 euros, and that is iPhone 5 territory. So, in the end, if you are tempted to by Nexus 4, you are better off getting on from Google Store, wait for the crowd to settle down as the phone is currently out of stock, because I am not sure that paying 600 euros for a device lacking in extendible memory and LTE would be the most intelligent thing.

Losses a point for not having LTE and non-expandable memory