Is Google Chromebook a Notebook Replacement Yet?

One of the gadgets that caught my eyes was the Google chrome book. Built like MAC Book Air, the .69 inches thick webOS running chromebook is quite exciting. Featuring a young but feature packed OS i.e. Chrome OS, the Chromebook leaves a lasting impression. But the fact remains; can it be used as a complete replacement to your notebook? I mean, what is the point of introducing a gadget if it is not a replacement for anything. So, let’s find out what is the place for Chrome book with an in depth review.

Screen of the chromebook is measured at around 11.6” which makes it extremely portable, along with that, the web book features a front facing camera that lets you chat and snap pictures at times. The screen resolution is pretty great as well, enough for a $250 gadget I would say. Producing a resolution of 1366 x 768, the Mali GPU won’t have any trouble rendering Full HD videos on it. 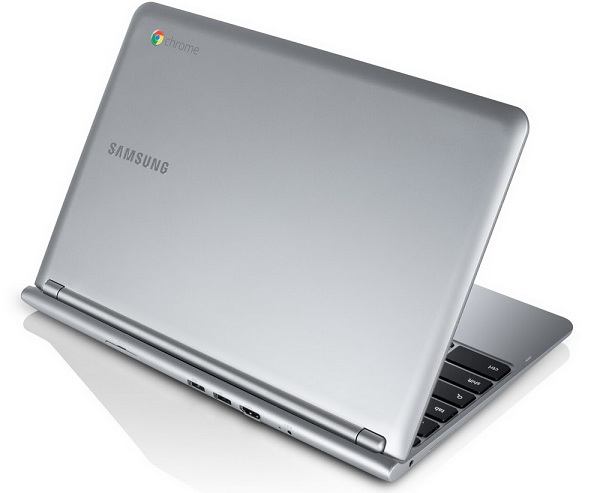 The thing I like the most about Chrome book is its design. The design resembles of that of MAC Book air, even the keyboard style and keys themselves seems to have shared it’s looks from it (“Apple please no lawsuit”). Moving on, the ultraportable web book has won my heart, the design is absolutely fantabulous and weighing only 2.43lb, I could carry it around all the time. 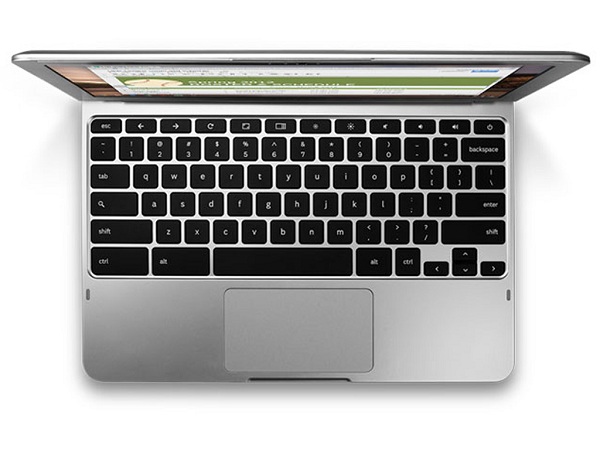 So, the display is good, and the body is finished off well. But what about connectivity, ports and ventilation? Well, unlike its Intel brother, the Chromebook runs on Exynos 15 processor so there are no cooling vents on either side. All we could find on the sides are the connection ports. 1 USB 3.0 port, a card slot to increase the memory, HDMI connectivity port and the charging point. It is worth to notice that the previous chromebook had an Ethernet port bundled with it, but on the portable chromebook it is missing. Perhaps for good?

Memory and Processor and other hardware

The chromebook is well equipped and designed to handle good number of instructions. There is a 2GB RAM on board, enough for a machine powered by WEB OS and enough I suppose to play games, yes, you can play games and stuff thanks to the Chrome webstore. That actually one of the highlights, but it is best we cover that in the software section. So, 2GB RAM, what about GPU? Well, it is the first (was) device to sport MALI T604 GPU which itself is caeable of running the machine.

Talking about the processor, Samsung and Google decided to go “Affordable” and introduced ARM based Exynos 15 processor. The dual core processor would outrun other Quad core processors thanks to its advance memory handling speeds and to be honest it more reliable. Samsung has dodged a bullet here; they have managed to make a perfectly balanced gadget with great specifications.

There is a microsSD slot that you could use to expand the internal 16GB SSD. That is Good news for those who would like to store media on the Web book. Along with that, you can connect and external hard drive using that USB 3.0 flash port. For networking, you get a MEMO option, which means that there are two wireless receivers to extend the connection stability. There is a 3G option as well, but we are a little short on information about that.

Let’s start with the best part, the operating system. As we all know, the chrome book is running on an experimental OS from Google i.e. The Chrome OS. Although not quite finished yet, the OS manages to provide users with complete list of functionalities, and the best part is its multi-tasking, which is as brisk as on an android phone.

It takes nearly no time for chrome book to power up, as it runs on cloud based OS, there is nothing to load on start up. When you logon, you will be greeted with a typical login screen depending upon the number of users you have set. Choose your user and you will be taken into your own “Space” that’s what I like to call it. There you will get you “Desktop”, not like the ones on full OS’s like windows and iOS, but still, better than nothing. 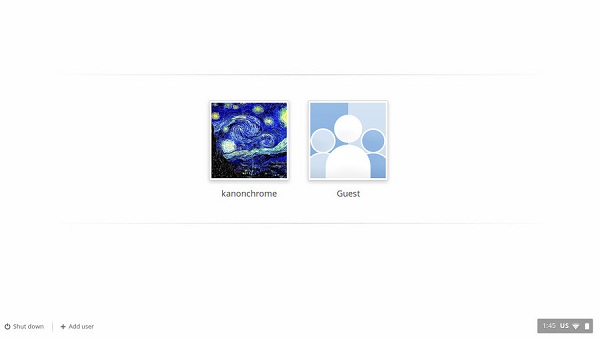 On the bottom, you get you navigation bar, which would display network notifications, a “Start” button like chrome icon, the battery strength and other application icons. Note that chrome book will bring a new concept of running applications rather than programs.

Google chrome features an extensive application store, even for desktop version. There are thousands and thousands of Applications, and are still growing which includes games, utility applications, and productivity applications and so on. So you can complete your daily tasks on it. It even supports offline usage of few applications; there are a few word apps and presentation apps that would do just fine offline. 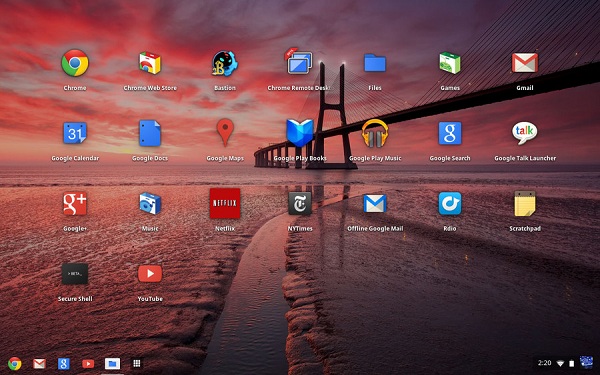 The question is though, is it a complete replacement? Well, NO. That is because, if you rely on using applications like Photoshop or Word or even windows live features, you are better well off with a Notebook. I couldn’t put it more simply, but this doesn’t mean that Chrome book can’t be used for productivity: You can use apps, you can browse internet, you can listen to music and watch videos, you can write, you can video chat, you can read books you can even play games on it if you like. But, when you would need a heavy application, you might miss your full feature notebook.

Summing it up, the Chromebook is the right step forward from Google, they have brought a new concept and they have decided to take it forward. Priced at $250, there is no gadget that comes near it that provides the same functionality.

But where does it stand in the market? Well, it creates its own space. It could be a tablet replacement, but until a touchscreen option is added to it remains in its own space. As far as worth goes, we completely recommend it.