This is indeed out of ordinary. It may be just another app, but the idea of using the iPhone to control a missile fire is really awesome. The app named eMissileBox is developed by Electrical and Computer Engineering students at Georgia Tech in Fall 2009 as a part of their final project. This is a unique project, everything related to missile is iPhone application controlled like orientation, deviation and firing. 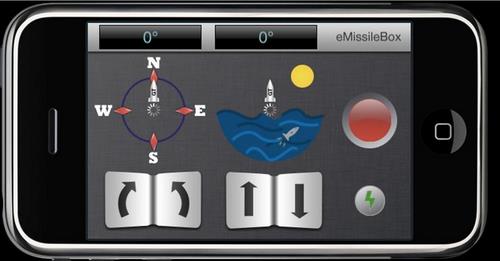 Apparently the project looks simple, but it’s not. The iPhone part is the just the control room, the rest involves a lot of hardware and coding. The project is coded in C# using visual studio 2005 and the source is available for free download. For those who are interested in the software, hardware and working of the project visit the link at the end.