The next generation iPhone, also known as iPhone 4G, has been leaked and many of its features and specs have been revealed. The battery life is reported to increase by 16%, and there are also some design improvements. Below is a tabular comparing iPhone 4G with its predecessor. As the phone is not released officially so there is no certain word on remaining hardware specs. I will update the comparison when the phone gets official. 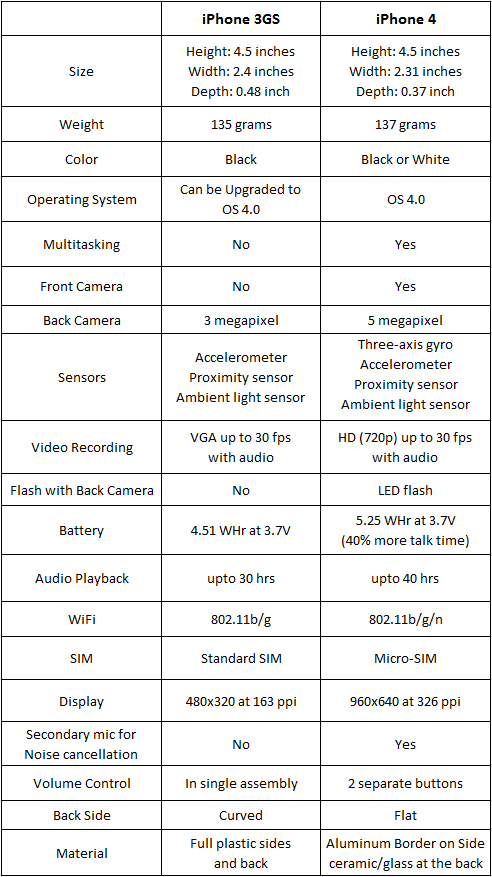 The screen size of iPhone 4G appears to be slightly smaller than iPhone 3GS but has more resolution. Moreover, Apple has completely changed the design of the device; instead of curved design having plastic casing the new iPhone has flat back and aluminum strip on sides. All the buttons like volume, power and mute are metallic.