Have you ever faced an issue of deteriorating battery? Or, your notebook or phone dying on you when you needed it the most? We have covered a few portable and extended batteries before, but we never review doe which produces this much power. Capable of taking your mac book to 18 hours of usage and your iPhone even further, the Hyper Juice 2 is your perfect companion while you are travelling. All good news there, but we must take a closer look at what it has to offer. 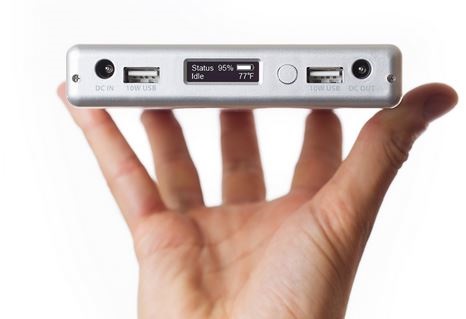 The battery pack supports all models of Apple MacBook’s including the MacBook air and pro, along with that, the new iPad and older iPad models and iPhone series is supported as well, boasting a capacity of 100Wh, the battery pack seems to be a solid performer. There is an OLED screen which tells you about the remaining power, temperature and time to charge and discharge the battery pack. The design is a sleek one as well, packed in an aluminium casing, the insides can be easily replaced (if damaged), and hence making it more portable and friendly. 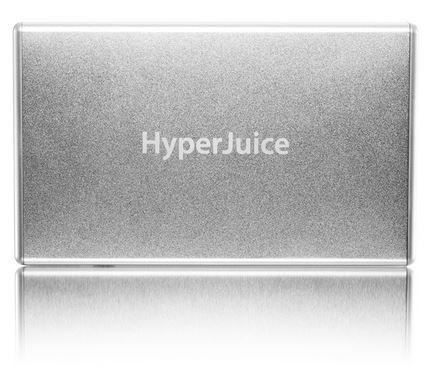 Apart from the disappointment in the connectivity department, the drive is all good. As we mentioned that it will take your MacBook usage to 18 hours, that’s impressive, but wait till you read about the iPad. The battery will extend the iPad usage to 50 staggering hours (34 hours for the new one) and as far as iPhone is concerned, it can fully charge that upto 19 times and 25 times for the ipod. Interestingly, you can charge two devices simultaneously because it is equipped with 2 high power 10W USB ports, you can even charge two iPad’s at the same time.

So, what do you think of this battery? I think it’s absolutely stupendous, the drive will cost a lot, at $300, it is not exactly cheap, but it depends, if you work a lot and need your devices to be charged up all the time, it is perfect for you. But I would rather get another tablet in that price.