Huawei Ideos U8150 was the first phone in the market to run Froyo (Android 2.2) and was also the cheapest Android phone in the world. Huawei with the slogan of bringing Android to masses has revealed the specifications of another Ideos smartphone named X5. The only thing missing in the Ideos U8150 (or Ideos the original) was large display, which is covered by its successor IDEOS X5. The phone features a 3.8 inch capacitive touch screen, large battery, A-GPS and everything that a smartphone should have. Ideos X5 comes pre-installed with Android 2.2 and Google applications. 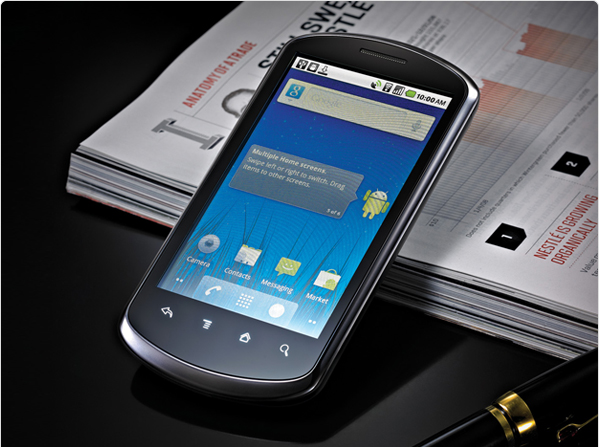 Ideos X5 has a 3.8 inch TFT Capacitive Touch Screen display giving 800×480 resolution and multi-touch support. The display is capable of auto rotate to landscape and back using device’s G sensor. The new feature is multi-touch which was missing in the original Ideos phone as well as a great improvement in screen size and resolution. It has a 5 megapixel rear camera with Auto Focus and flash, capable of recording 720p videos. Other specs include bluetooth, micro USB, A-GPS, compass, 3.5mm audio jack and 1500mAh Lithium battery. The processor speed is yet to reviled by Huawei, however it’ll likely be 800 MHz or 1 GHz.

Our experience with Ideos U8150 (1200 mAh) was very good as the battery takes no time to charge and gives more than 5 hours on exhaustive usage. Gladly Huawei has put a 1500 mAh battery in Ideos X5 that can give an advertised 50 hours of playback music. However unlike the previous model, X5’s battery has to fuel a bigger display and a more powerful processor so it may not give as much battery time as expected.

The device runs second to the latest Android Operating system, Froyo, and offers a large screen size and resolution. Moreover, it will be cheaper than other Android phones in the market. I think this is the best mobile for entry level Android users. The phone may lose some points on built-quality but it’s covered otherwise. We definitely recommend this one.