Member LocDogg at xda-devlopers told that the HTC Touch Pro 3, also known as HTC Tera, will see light this summer. According to him, the phone will be available for sale in Europe in Q3 of 2010. The Touch Pro 3 will be smaller and thinner than its predecessor Touch Pro 2. It will include Windows Mobile 6.5 and not WP7 and probably it’ll be the last Windows Phone having Windows Mobile 6.5. 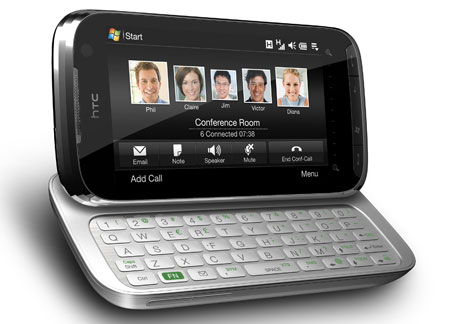 The Phones having Windows Mobile 6.5 will not be eligible to upgrade the OS to WM7. According to Microsoft, these old Phones like HTC HD2 don’t have the right buttons for WM7; that’s not fair. If this is the case the Touch Pro 3 will out date in less than a year. The phone will be suitable for those many users that believe that WM7 is not as good as version 6.5 and want to stick to the current Windows Mobile version for quite some time.

The upcoming Tera is rumored to have 3 inch resistive touch screen, WiFi b/g, Bluetooth 2.1 and GPS. The hardware specs may include 512 MB of ROM and similar amount of RAM. We don’t know the exact dimensions but its believe to be more compact than Pro 2.