The upcoming phone from HTC is going to be a mid-range phone featuring the same design characteristics as that of the ONE S and ONE X. The phone was spotted in Taipei in advertisement shots featuring the phone in two colors, blue and pear white. The previously codenamed phone HTC Proto is believed to be named HTC Desire X, maybe it’s a long due update to original HTC Desire. 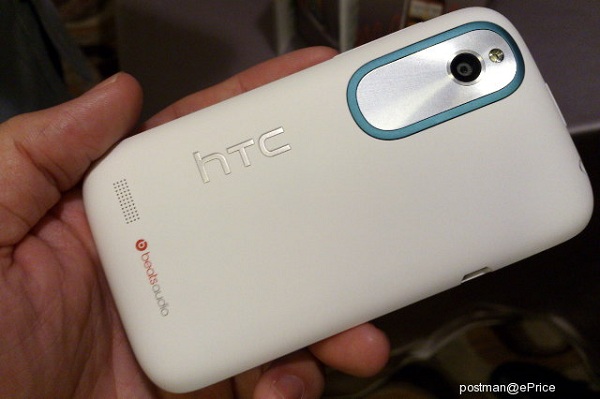 The basics of the phone will include a 4 inch screen, 5 megapixel camera, a 1 Ghz dual core processor 768 MB RAM, Beats audio, Expandable memory with built in 4GB memory and it will most likely feature Android 4.0 ICS. In comparison to HTC ONE S it does kind of look like a dwarf, but considering it will cost around $360 the size factor decreases. The design inspiration seems to be from Desire V on a second glance.

Check out few of the basic technical information of the device, no release date is available yet but considering that the specifications have been made public – it won’t be long before we see it on the shelves.