Quite a long name, HTC Evo Shift 4G, for a cellphone but that’s what HTC filled for approval back in November and, later on, it got cleared from FCC. It’s obvious from the trademark that the phone will be a revamped version of HTC Evo and will support 4G network. There are reports coming in that another rumored phone from HTC named as HTC Knight is the same phone as the company decided to go official with HTC Evo Shift 4G instead of HTC Knight. 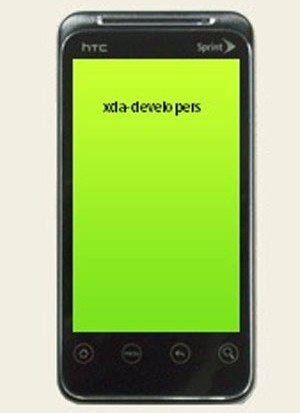 Evo Shift 4G, according to current reports, will have a 3.7 inch display making it smaller than HTC Evo and more pocket friendly. The device doesn’t seems to have a front facing camera however it will have a 8 megapixel still camera on the back capable of recording 720p HD video. The cellphone will have a slide QWERTY keyboard and will be running Android 2.3 or more likely Android 3.0. The specs are much like that of HTC Desire Z. Furthermore the device will have Bluetooth, WiFi and microSD expansion slot, pretty standard huh? The above picture is believed to be an actual prototype of HTC Knight, or as HTC would call it; Evo Shift 4G. As it’s a cut down version of HTC Evo, I believe and Sprint will go easy on the price tag.

There’s another rumor going around that this cellphone will have 1GHz Dual Core processor, if that comes true, this phone will be a blast; you don’t see dual core phones common in the market. HTC is planning to announce this phone at CES 2011 happening January 6-9.