We were waiting for HTC to announce their phone which was leaked 3 months ago, yes; we are talking about the slim red phone that started to appear across the web showing off 5” screen. It is competing directly with Galaxy Note, although Note possesses a bigger screen but HTC has the guts. 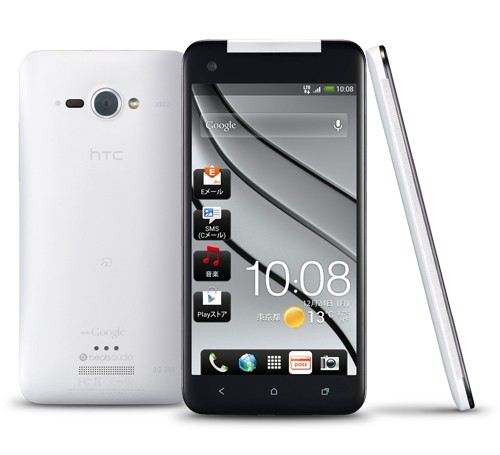 Well, I have to admit, the phone is a beauty. I am already drooling over the giant beautiful 5” screen which boasts 1920 x 1080 resolution which makes it the first phone in the world to sport that much resolution not only that, the phone can produce an astonishing pixel density of 440 ppi. Inside, the HTC Butterfly runson a Quad core S4 process clocked at 1.5GHz with 2GB of RAM. Boasting 16GB of internal memory along with micro SD support, it is going to be a gadget lover’s dream.

As far as shooting power is concerned, it has an 8 megapixel camera at back and at front a 2 megapixel one. The Phone supports LTE and NFC and is dust and waterproof. Phone will be sold running Jelly Bean out of the box which is good news, sadly however, the phone lacks the juice as the battery is only 220mAh.

So there you go, not only the phone is beautiful but extremely powerful. We saw similar specifications from the ONE X+ but wrap them up in the gorgeous screen and a aesthetic body, you get a butterfly.