A simple rule of buying something is to buy such thing that is able to satisfy your needs. And if your need is to watch images, play videos, and listen to the radio via internet on a digital screen then you need to see HP DreamScreen. 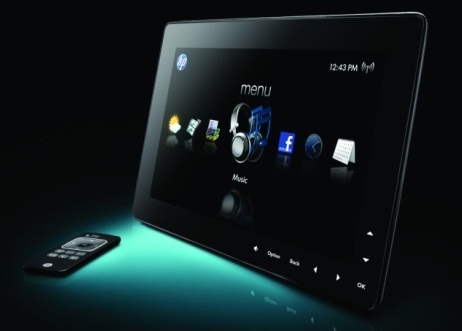 The Internal Storage of DreamScreen is 1.5GB with an additional support of memory card. It includes the multi-interface which supports SD, MMC, MS, xD and CF memory cards and Micro Drive. It also includes a USB 2.0 port and a mini-USB port (Used for reading media from a Digital Camera or Mobile).

It has a built-in Wi-Fi (802.11 b/g) allowing you to stay connected with your PC. This helps you to use your PC as a media center for streaming pictures and videos from the computer instead of copying them every time. For controlling this device HP has left you with option wide open. You can control it either using a 12-button remote control or touch sensitive control present at the lower right bottom of the screen. 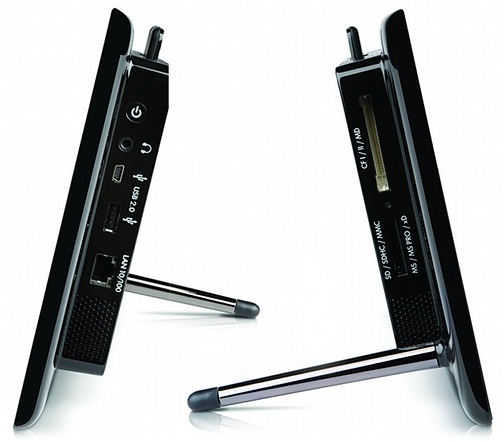 DreamScreen also comes with lots of interesting applications that will certainly not make you bore. For music lovers, there is Pandora (An Internet radio that streams music of your choice), HP SmartRadio (An Internet Radio that can access radio around the world with the broadcast of nearly every country) and its own Music Player which supports the MP3, WMA, AAC and WAV format. It also supports video format of AVI, MPG and MP4. Well let’s just not forget that it has a Facebook application, allowing you to see the status updates of your friends, browse through their photos and view the upcoming events organized. Other applications include World Clock, Alarm, Calendar and Weather Forecast (up to 5 days).