How to overclock Nexus 4

Nexus devices had always been under rated, perhaps due to the fact that they usually carry modest hardware and ones which doesn’t shout out POWER. However, things have changed for Google, and ever since the launch of Galaxy Nexus, it seems that their strategy is shifted; More power devices have started to show up, Nexus 7 for instance, which is powered by a quad core tegra 3 processor, or Nexus 4 for say, which boasts Quad core krait processor. There is no running away from the fact that these devices are powerful, but how far can you push them? For nexus 7, a modded kernel showed up weeks after its launch which took it up to 2Ghz frequency, for the Nexus 4, we have a similar story. 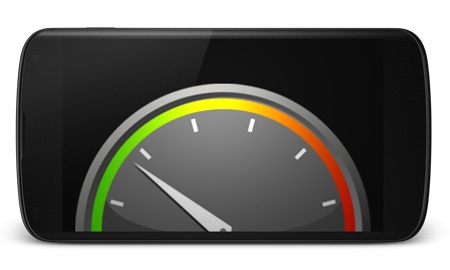 The mod for Nexus 4 comes courtesy of ‘faux123’, and the kernel mod he has brought us can take your Nexus 4 screaming at a massive 1.8 GHz per core. The kernel might be in beta stage and the reviews might be mixed, but it will only get better and optimized with time. So, if you wish to try out the mod, follow the steps below:

NOTE: Hardwareinsight takes no responsibility of any bricked or broken devices, try this at your own risk.

Things you will need

Step 1: Boot into custom recovery. Do so by booting phone and while pressing the volume up or down button TWICE.

Step 2: Do a Nandroid backup.

Step 3: Download the kernel from the link above, and place it in platform-tools folder where your fastboot.exe is.

Step 4: Put your Nexus 4 in bootloader mode, Volume up + Volume down + power buttons pressed together will do the trick.

Step 5: Open command prompt, direct it to where you placed your boot.img file. Rename the file to newboot.img and run the following command:

Step 6: This will boot your phone with the kernel instead of flashing it, try it out, and if it seems stable then give cmd the following commands:

The phone will boot now, note that the initial boot will take some time so don’t be worried. If you think that the kernel is not working for you, just flash the stock boot.img like we did the modified one.